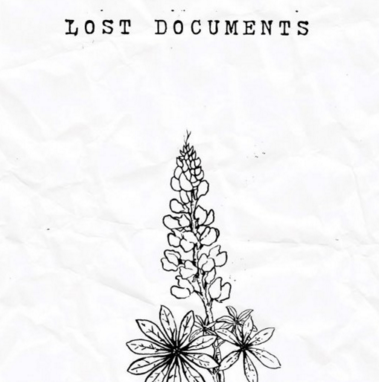 While trying to encourage local writer and musician Daniel Long (The Cannisters) to publish his poetry, Bijoux Wilcox (Faw Haja) noticed it might be easier for her and her buddies, namely Dylan Jewers and Grant Mitchell, who also all write poetry, to just do it themselves.

"It became apparent that if we all contributed a few things, it would be a chance for a handful of people to get their stuff out there pretty quickly, and it could be an interesting project," Wilcox says. "So Dylan and Grant started collecting poetry, and worked on layout, drawing help from a few people, like Johnny Shaw, and we fronted the money ourselves for paper and printing."

Last November, the first issue of Lost Documents was launched at Plan B. Many featured writers attended: "They read their stuff, which was very compelling to see and hear," describes Wilcox. "Don Logan is a poet of interest. He hangs out on Portland Street in downtown Dartmouth handing out poems to people, trying to sell them or trade them. His poems are really good."

The Lost Documents group started to receive many more submissions but realized the costs of printing would grow while the availability of print was limited, so the project took a new form. "The website idea started brewing because we wanted to reach more writers and readers. Since I don't know how to make a great website, I want to employ someone to do that."

Last month, the group launched a GoFundMe campaign to fund the creation of Lost Documents online: "We would like to use the funds to pay for the website to be built and maintained for one year," the campaign reads. "Our physical copies will continue to feature what we feel is the strongest work submitted within three-month time periods. We feel the encouragement and support of Lost Documents is important for long-time and new writers."

"Volume two is out in a month or so," says Jewers, who co-edits the works with Mitchell. "Poetry and prose, a mix of local and international writers. The issues sell for five to eight dollars at New Scotland Yard, CD Heaven, Plan B and The Dart Gallery." In the meantime, writers can submit work for consideration to lostdocuments.ns@gmail.com, as well as contribute towards the $1,000 goal by clicking here. "Please support our quest!" says Wilcox. Discover something lost!

Martyr'd
Foolish man
Who attempted
The most impossible of tasks
Self appointed, bar is higher
Than the heavens
With a stomach of Mexican cerveza
Could perhaps this saintly snake
Slither a zig zag
Over the province where
Louis Riel was martyr'd
- Dan Long

Untitled
There is a flower in the back of my mind
rigid from leaf to vine
The possibilities that keep it stiff
are the distractions on its skin that itch.
It cannot claw, nor does it scratch
it bends around corners for light to catch.
But in my head there is not but shade,
cool, collected, unevenly grey.
But for a single beam it twists its head,
and bends until it breaks.
Disappointed, ends.
- Tyler Denty