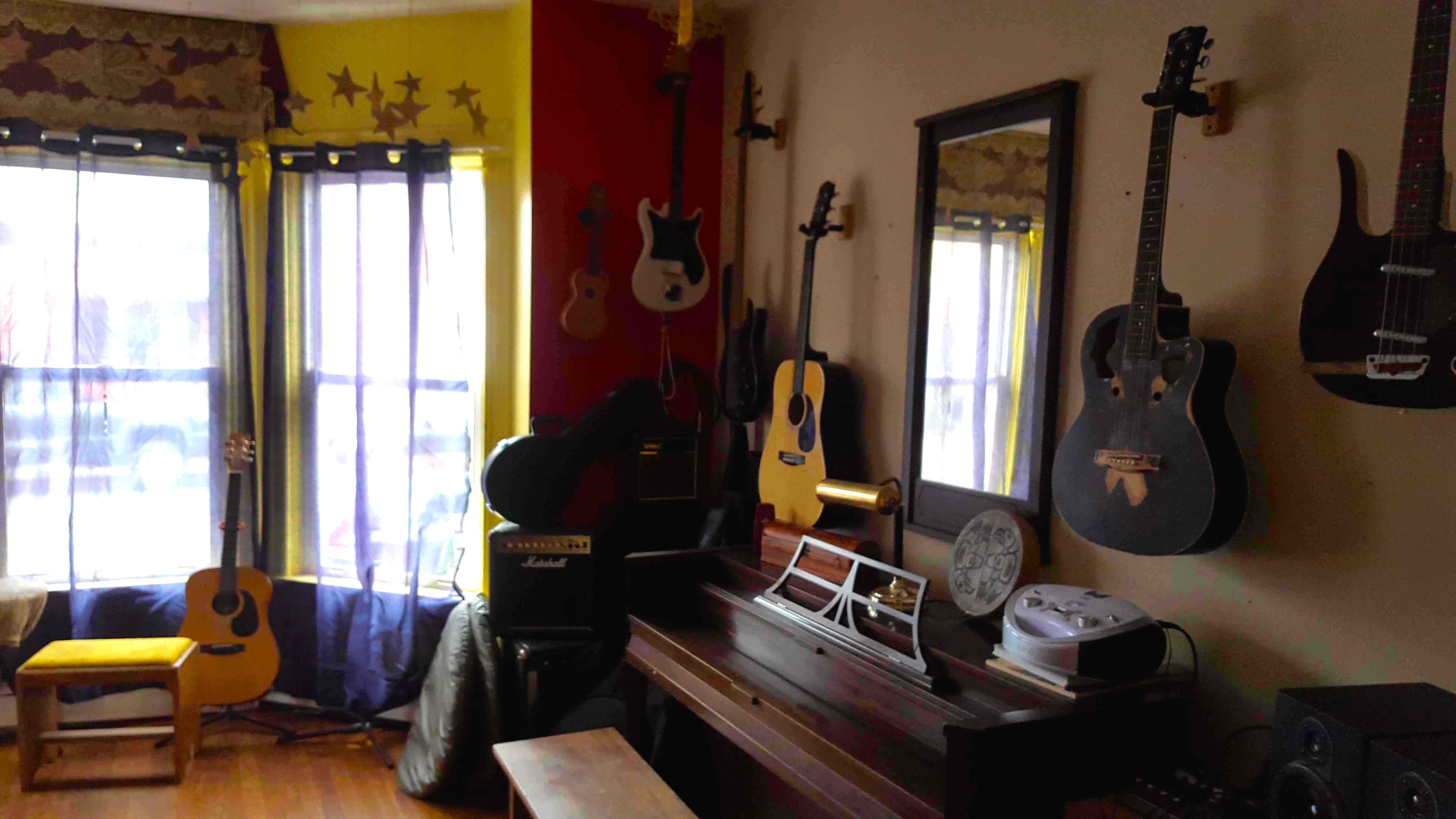 It’s lights out for Halifax’s humble hideaway for sing-a-longs, impromptu band performances and close-knit shows—at least for the moment.

The Open Mic House has run its weekly Monday night open mic from 2539 Agricola Street for the past seven years, but the venue has gone on hiatus after running into a land-use conflict with the city.

A noise complaint earlier in the year drew the municipality’s attention. That lead to an investigation which found the open mic was violating city bylaws. The municipality says it considers the property to be a business running without proper permits and business insurance. That took current organizer Heather Moore by surprise.

“We got no warnings,” says Moore. “Our landlord asked that we call the municipality and they demanded we get a permit for what we do here.”

To Moore and the members of the open mic community the venue was never about money and HRM didn’t take the time to understand the event.

“They’re not going to find any big money coming into this place because we’re not a business and we’re not running like a business,” says Moore.

Brendan Elliott, spokesperson for the municipality, says HRM is treating the open mic house the same as though it were a flea market or road side sale.

“If it’s once or twice we don’t have any problem but if it becomes a routine we look at that as a business and would want them to take the appropriate steps to become legal,” Elliott says.

The house has been a hub for the Halifax arts community for nearly a decade. The first open mic event was held in 2008 by musicians living in the house and quickly grew into a larger weekly gathering. Many musicians from Halifax and across the country have graced the small living-room stage including local band Krasnogorsk, Nick Everett, Willie Stratton and Ben Caplan. Both Jacques Mindreau (of Krasnogorsk) and Caplan were involved with the early years of the event, living in the house and hosting the event as MCs.

The open mic has received attention both locally and across Canada. It won best open mic last year in The Coast’s Best of Halifax awards, and the provincial government recognized its artistic value in a letter congratulating the event for its cultural contributions. A 2013 Globe and Mail article called it “Halifax’s worst kept secret.”

It certainly wasn’t off the radar of the authorities, though. The open mic has had several noise complaints over the years, which organizers say they always cooperated with.

Now, for the open mic to continue the event organizers will have to get business insurance and the property owner will have to apply for building code approval.

Even if that doesn’t happen, Moore says that the open mic will live on in some form. The organizers are already looking for new ways to continue the event, but they’re hoping they can clear things up with the city.

“This is a home and people are comfortable here,” says Moore. “There’s a rare time now that a stranger comes into the open mic because everyone knows about us by now.”