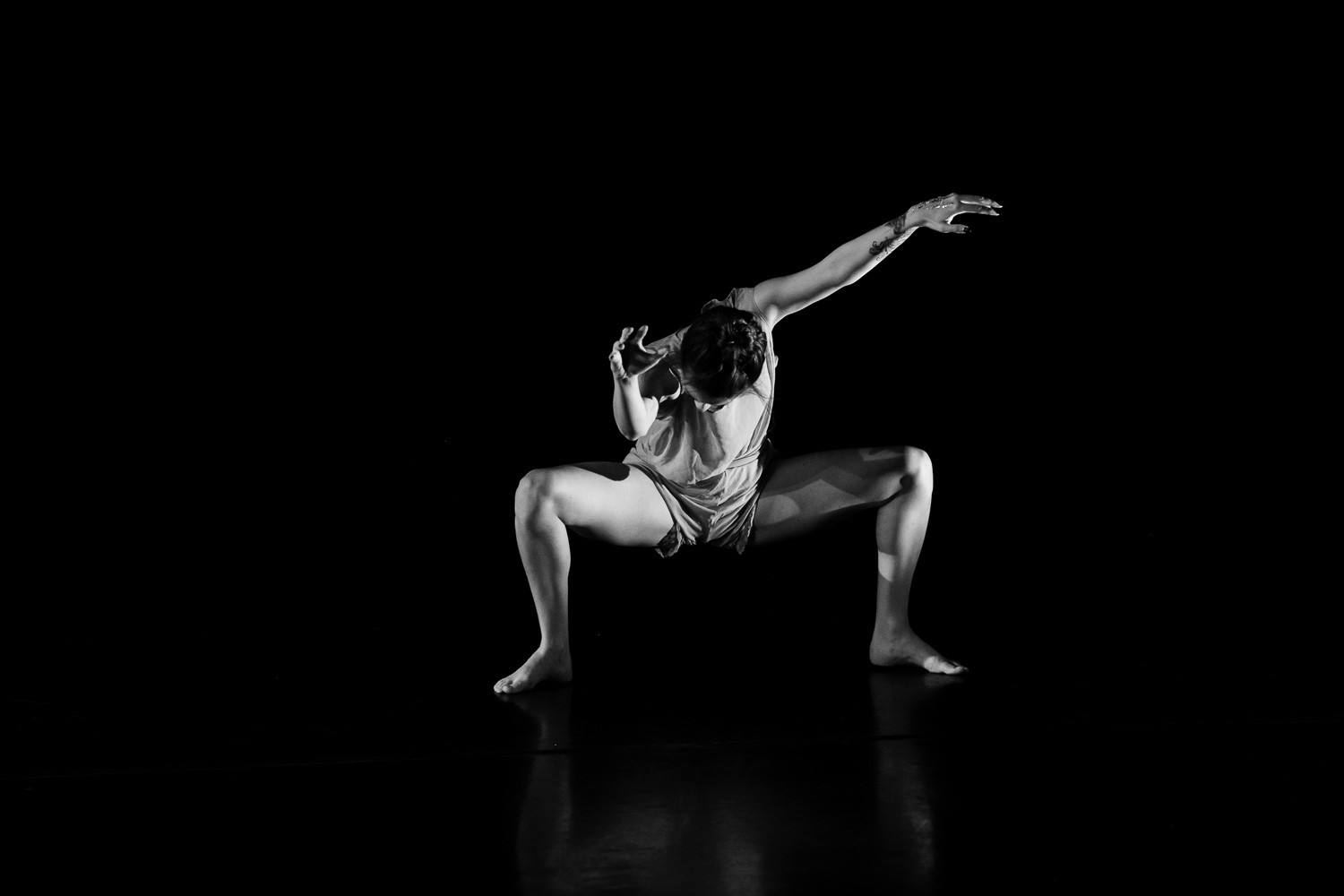 Kinetic Studio is dancing the night away with the final installation of its Open Studio series. Taking place around the city this month and this weekend at DANSpace on Grafton Street, the weekend performance is a culmination of the 2016/17 edition of the popular and artistically diverse series.

The Halifax-based dance company is bringing multidisciplinary performers from across Eastern Canada here. From animation to cinematography, different art forms unite to create a unique experience across a two-day run, bringing together a total of seven different artists.

From Montréal is Ellen Furey, whose piece Total is the latest in a series of one-time performances that studies “meaning through intuitive body utterances.” Furey works with artists including Daniel Léveillé, Dana Michel, Dancemakers, Fred Gravel, and more.

Also from Montréal is a multidisciplinary duo, Sarah Wendt and Pascal Dufaux, a dancer and media artist, respectively. Their piece, Mixing Ghosts, combines elements of flamenco dance with live video delay. Dufaux is the son of cinematographer Guy Dufaux, and incorporates film and photography into his art, creating art from cameras he calls “vision machines”. Wendt, originally from Charlottetown, has worked as nearby as Sappyfest and as far as Melbourne.

Also performing is Rhonda Baker, who, with Lydia Zimmer, is performing Sun Swallower, a piece which was previewed at the January installment of Open Studio. According to a press release, the piece examines the historic and mythological history of wolves. Baker is the recipient of Kinetic Studio’s Explorations Award, meant to promote artists interdisciplinary talents. Zimmer’s most recent performance was in the February edition of Open Spaces, and her piece Bonne Nuit will take the stage of the Sir James Dunn Theatre in April.

Speaking of wolves, animator/dancer Susan Wolf brings her piece Your Body/My Body, exploring generational memory. Wolf is a graduate from NSCAD University, an animator by trade and sculptor and metalsmith by training. “I’m very new to the dance community—I’m not a professional dancer,” she says, having had training “some 18 years ago,” but turned to dance as a way of expressing herself following a brain injury. “My mobility and my cognitive functioning was temporarily impaired and I wasn’t able to look at screens,” she says. “I really had a deep desire to create something.”

Wolf says she values this series and the opportunities it presents emerging choreographers. “I hope it’s not too neat and tidy,” she says with a laugh. “I think a good scenario is it being rough around the edges.”

In addition to the shows performed at DANSpace in this month’s line-up, this weekend's installment includes a site-specific graveyard walk with dancer Lucy M. May, which will begin at 7pm both nights. Describing herself as a “lady looking for magic stuff laying around,” May will lead audience members on a performance experience surrounded by an audience of the dead, titled In and Out (Richesse) Research. May originally hails from New Brunswick, and was trained at Les Ateliers de danse Moderns de Montréal Inc in Quebec, and Codarts Rotterdamse Dansacademie in The Netherlands.