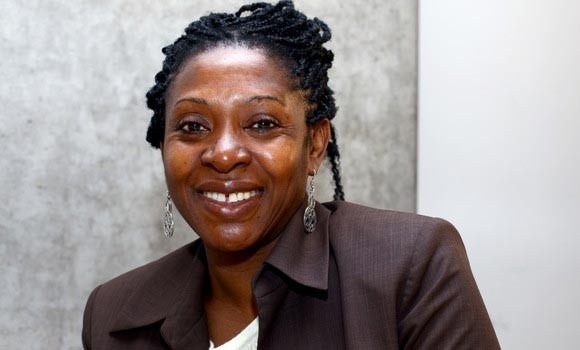 The municipality's next poet laureate has no shortage of work experience.

Afua Cooper, best-selling author and one of the country's most celebrated voices of Black Canadian history, is now Halifax's poet-in-residence.

“Poetry brings people together,” Cooper writes in a press release announcing the news. “It is my honour to serve as the municipality’s poetry ambassador.”

She comes highly recommended. Chair and founder of the Black Canadian Studies Association, and former James R. Johnston in Black Canadian studies at Dalhousie University, Cooper is a lauded author and distinguished writer who's been a poet and spoken word artist for over 30 years.

Originally from Jamaica, Cooper moved to Toronto in the 1980s where she received her PhD in African-Canadian history. She's published five books of poetry, as well as other works of fiction, historical research and essays. She also co-created Black Halifax—a poetry and spoken word presentation chronicling the 300-year history of African Nova Scotians in this city.

Her book, The Hanging of Angelique: The Untold Story of Slavery in Canada and the Burning of Old Montreal, was a national bestseller, shortlisted for the Governor General Award and selected by CBC as one of the most important works published in Canada.

“We’re very pleased to appoint Cooper as our next poet laureate, a position which gives voice to the various groups that make up our community, through spoken and written words,” writes mayor Mike Savage.

The municipality’s poet laureate serves as an ambassador for literacy and the arts, performing at civic events and composing original works of poetry for community causes.

Although ceremonial, the position has become a powerful voice of activism within HRM.

Jones used her time as poet laureate to routinely fight against racism and inequality across Halifax. Likewise, Thomas reignited a debate about Edward Cornwallis that culminated this past January with the city's problematic founder having his statue removed from the south end park that still bears his name.

For their efforts, poets receive a $4,000 honorarium from the city over the course of their two-year term.

Cooper's introduction to city council and first official performance will take place Tuesday morning during a meeting of HRM's Committee of the Whole.