Halifax expected 74,565 cruisers in April, May and June, but now only 2,520 people would be allowed. 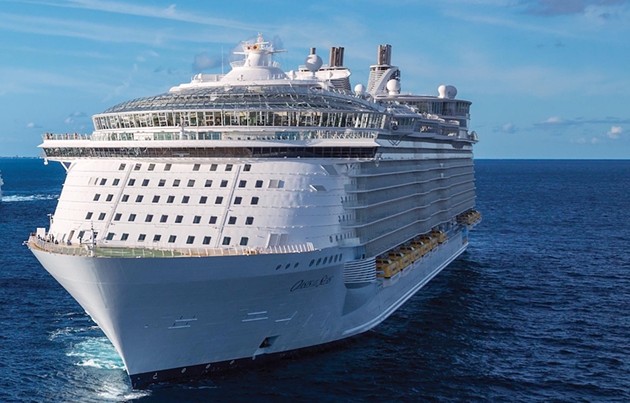 From the moment the Diamond Princess was identified as a coronavirus hotspot, cruise ships have been a target of concern. "Avoid all travel on cruise ships" is the headline that’s been on official Canadian government travel advice since February. The advisory then explains why:

Cruise passengers include travellers from around the world who may be arriving from areas with known or unknown spread of COVID-19. The virus can spread quickly on board cruises due to the close contact between passengers. Older people and people with a weakened immune system or underlying medical condition are at a higher risk of developing severe disease.

Given that, it was only a matter of time before Canada closed all its ports to cruise ships. Prime minister Justin Trudeau announced the move Friday, during his open-air speech to the nation, and Transport Canada filled in the details.

The start of cruise ship season is delayed from April 2 until July 1 at the earliest; boats bigger than 500 passengers and crew are not allowed at any Canadian port in April, May or June. Smaller boats, with a capacity less than 500 will be allowed at mainland ports.

Arctic ports, however, are shut down to all cruise ships, all year. "Given the limited public health capacity in Canada’s Northern communities, the cruise ship season for vessels with Canadian Arctic stops will be deferred for the entire season this year. This would apply to cruise ships of all sizes," says the Transport Canada announcement.

Halifax was scheduled to receive 48 cruise-ship visits from April through June this year, carrying a total of 74,565 people. Forty of those visiting ships are large, the biggest being Royal Caribbean International’s 5,600-person boat Oasis of the Seas, due June 25. They will no longer be coming.

Eight of the scheduled visits are from ships smaller than 500 people, so they will be allowed to dock in Halifax if they sail. (Viking and Princess cruise lines have shut down for at least the next two months. More companies may well join them.)

Those eight cruise-ship visits, with a total of 2,520 souls aboard, are:

Come back here or check with NS public health for the latest reliable updates. In the meantime, wash your hands, cover your cough, wipe commonly used surfaces and stay home if you feel sick.
Prev
Next