Not today, COVID, not today

After 75 relentless days with new cases of C19, the province says there are no new cases today. 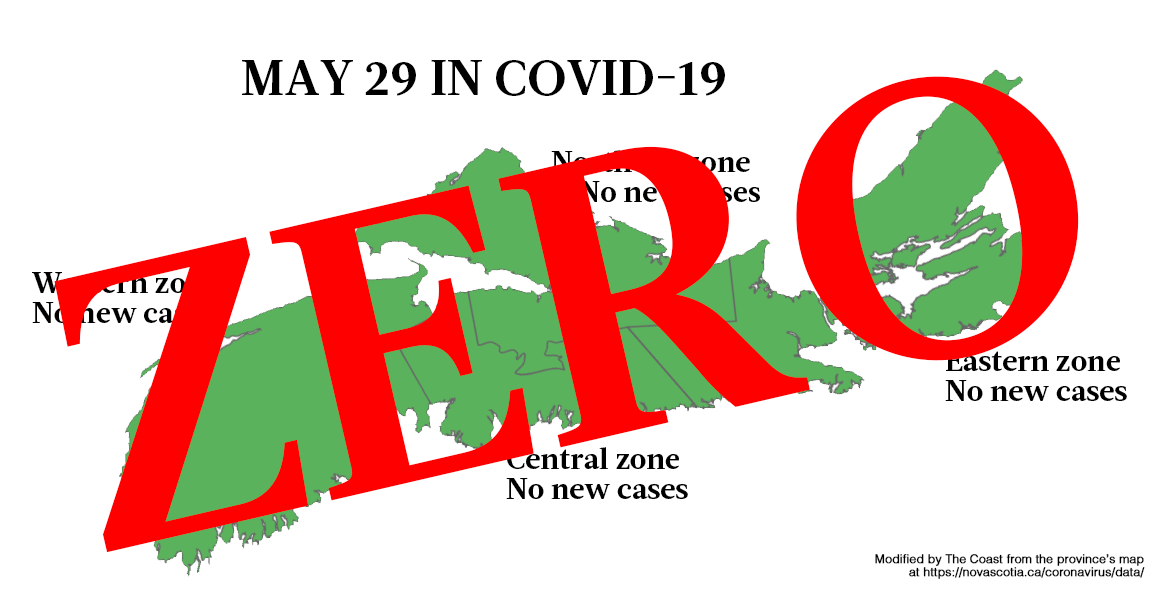 Zero new cases. Nada, none, zilch.  The province is reporting that no new cases of COVID-19 have been diagnosed in Nova Scotia. It’s taken 75 days to get here, but Friday, May 29 the humans get a win.

Public health doctor Robert Strang announced Nova Scotia’s first C19 infections on Sunday, March 15. We were the last province to get cases, but we caught up fast. Every single day since then, we have had new cases.

The worst day was April 23, a Thursday, when there were 55 new cases, plus four people died of the disease. There were better days, with just one or two cases. There were always cases, though. For 75 relentless days the cases have come, 1,055 damn cases in all, more than every province and territory in Canada except BC, Alberta, Ontario and Quebec.

1,055 cases and 59 people dead from this fucking virus. And today a breakthrough. It’s not the end of the war, as Strang is sure to tell us at his 3pm briefing. But it’s a battle won. Congratulations, Nova Scotia, we’ve earned it.