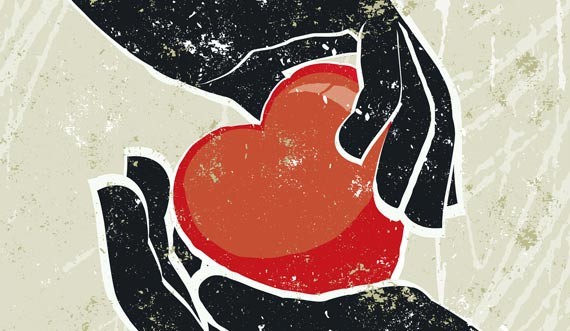 Thanks so very much to the two young ladies who came to my rescue early last December. I literally could not move without experiencing horrible pain. I was stuck: no cell,pay phones too far away. I was not far from a fast food joint,between two malls,out in the west end of Halifax---and very,very stuck. You came up from behind me,asked me if I was okay---which I obviously wasn't---called a taxi and helped me into it. At the hospital an x-ray showed a tear in my left knee(likely work related). I ended up on crutches for almost two weeks but I survived. I once watched a tv series called ''Angels In America.'' Thanks again to the two angels who saved me in Halifax. —mgp

Latest in Love the Way We Love

To the pair of hot unicorns

It's the little things