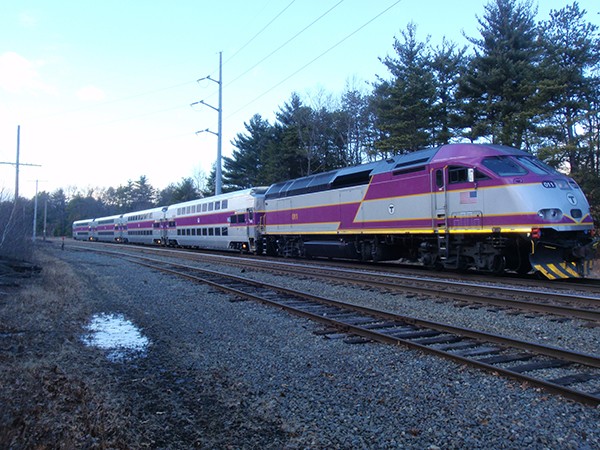 Won over by the irresistible romance of railway? I’ll try to conjure up the experience of what might be to come. Chuffing slowly but surely along by the shores of the Bedford Basin, you soon leave the crappy sprawling environs of Bedford behind you. Hark! The call of an eagle penetrates the soft rhythmic clatter of wheels on rails. The rotunda flashes past as you gather speed. Order a beverage at the buffet and enjoy the best commute there is to be had for thousands of miles around. The woes of the Bedford Highway long since this is travel the way it’s meant to be.

An unrivalled 21st century commute, right? Right. But our commuting problems are compounded by a disturbing set of circumstances: Increasing use of private vehicles for our transportation needs and its very significant effect on climate change and our health. And the large burden of this on both our personal and municipal financial resources.

Council has approved a 63 annual increase in our budget for street recapitalization (maintaining and resurfacing our streets) since 2012/13 from $18.5 million to $30M. Our combined proposed budget over the 2020/21 financial year for road-related spending is a whopping $64.5M. Most of that expenditure is utilized by people making unsustainable journeys by car, with a token $3 million dedicated to active projects.

So, no surprise the very significant and ongoing resource bias towards road maintenance and infrastructure, that more of us are using cars. And with drivers providing the largest and loudest voice for our tax dollars, we need to think clever and efficient to deliver our strongest and most cost-effective solution with the leftover cash. Is a train service that killer number-one remedy?

First up, a train fixes some issues, worsens others. Bedford and every other area blessed with a railway station would become much more desirable as a place to live. House price increases and more development and sprawl will be sparked as soon as plans are firmed up for the railway link. It may also ease congestion on the highway routes to and from downtown which could promote more traffic, speeding and all of those undesirables. Many accustomed to a lifetime of car commuting will not give up door to door convenience for a multi-legged commute on a train, but they will be hoping others do, so their own journey time is quickened.

Crucially a train only “fixes” one commuting journey into downtown. What about the others? No train joy for Cole Harbour, Eastern Passage, Sambro, Timberlea and many more from our geographically dispersed communities. For them, it’s carry on with the cramped car commute.

One solution does stand head and shoulders over all others—express park and ride. We have some “park and ride” parking lots which are served by our regular transit services. We don’t have European-style park and ride solutions which combine enormous out of town car parking lots with express dedicated non-stop buses leaving every 15 minutes max during peak times. This solution is aimed squarely at the unchangeable reality of how we travel, but crucially it wins over drivers before the congested parts of their journey commence, utilizing dedicated bus lanes to get those queue-hating commuters downtown quicker than they could by car.

This last requirement is essential. Why bother taking the bus at all if you can get there quicker by car? So for this, we must use another common European solution—straight swapping traffic lanes for bus lanes, including at congested parts of the “at capacity” Bedford Highway.

Park and ride not match the romance or experience of , but it delivers a solid solution for all out-of-town commuters in our if done properly. Even better, the understated and unromantic solution it offers is less likely to increase house prices or create more sprawl.

Let’s revisit that commute: Sambro neighbours car-pool to the park and ride at Spry- field, where they pick up a bus within 10 minutes which zips by queuing traffic to take them non-stop to multi drop-off locations downtown. Doesn’t sound quite as idyllic? Nope, but it fits perfectly with how we travel here.