Newcomers from all over the world spend their first haunted holiday in Halifax. 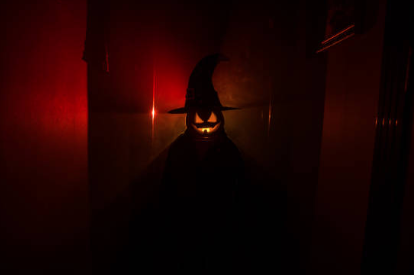 Haunted houses, fake limbs planted in soil, a scary head dripping with blood. I felt like I was in the scene of a horror movie as I walked down my street in Halifax. I had seen similar images and tropes on screen, but this time, it was real. It was my first Halloween in Canada and I did not understand the need for the scary and intense decorations because I’m from a country that does not celebrate Halloween.

Halloween started thousands of years ago during the ancient Celtic festival of Samhain when the Celts celebrated their new year on November 1. It was the end of summer and the beginning of the dark cold winter—a time of year that was associated with the death of humans. The Celts believed that on the eve of their new year, the world of the living became accessible to the dead and celebrated Samhain when it was believed that the ghosts of the dead returned to earth.

In Canada and the US, Halloween is celebrated, but in countries like Mexico and other Latin American countries, they celebrate Día de Los Muertos—the Day of the Dead. And although many other countries also have their own celebration of this scary holiday, many parts of the world haven’t gotten the memo.

I probably would have had a huge scare if I didn’t have an idea of what Halloween was from watching Hollywood movies before moving to Canada in 2018. But my love for scary movies did not prepare me for the reality of decorations that spell doom. Now that I’m here, I don’t know how to react when people talk about this scary holiday. I don’t know if to smile or not, I don’t know if to be excited about getting a Halloween costume or if I should even bother getting one.

But I’ve come to love the fact that people get to dress up as whatever and whoever they like for Halloween. I love it. And I love the idea of kids going out trick or treating in their cute little costumes.

Last Halloween, I did not go out to celebrate. I stayed indoors and watched movies because I just didn’t get it. But this year, I’m just maybe warming up to the idea of dressing up in a costume—I wonder if my native Nigerian attire will cut it.

Whoever said trick-or-treating had to stop as a kid lied because this twenty-something year old needs to experience it. So if you see someone in her twenties trick or treating, be nice and put some candy in my bowl.


Seyitan Moritiwon is a master of journalism student at the University of King’s College. She’s from Nigeria but currently lives in Halifax.
Prev
Next