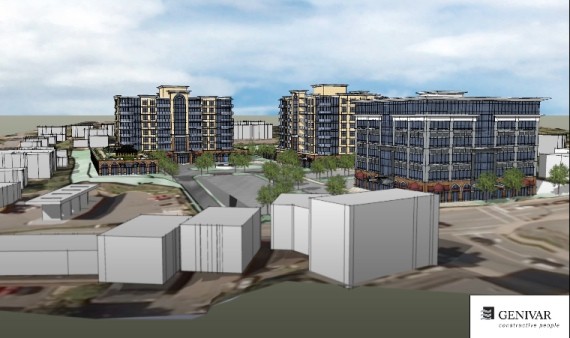 Tamara Lorincz, a resident and member of the Fairview/Clayton Park Community Action Network, says that the community has long needed a community centre, and that the Halifax West site is the ideal location.

Lorincz adds that the community has not been adequately consulted with. “Residents on streets bordering and near the site didn’t receive notice for an October 2009 public meeting,” she says. She adds that United Gulf is being given a sweetheart deal for prime real estate. “UG is paying $1.2 million for all that land. It’s reportedly worth at least twice that.”

The councillor for the area, Russell Walker, accuses Lorincz of spreading misinformation. “A hundred notices were sent to homes and businesses around the site,” he says. “About 50 residents attended the 2009 meeting. They didn’t like the duplexes so the duplexes came out; they didn’t like it as one big building so they got two smaller buildings.

“We’ve had 15 different proposals and the community didn’t like any of them,” continues Walker. “A community centre could add $200 on people’s tax bill for 10 years; I don’t think the people of Fairview can afford that.”

City planning staff is preparing a report, due to the Chebucto Community Council by end of May. If the report favours the development, it will likely reach Regional Council by summer’s end.