Forty-nine units of needed affordable housing will be lost to turning lane. 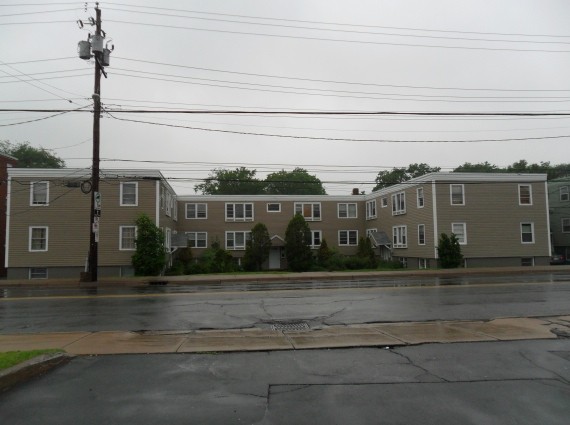 City and provincial bureaucrats are moving full speed ahead with a proposed expansion of the Bayers Road/ Highway 102 corridor, and are asking city council to approve land acquisitions along Bayers Road to prepare for it. A council committee is scheduled to take up the matter in September.

If built, the expanded roadway will be up to six lanes wide along parts of Bayers Road, and up to 10 lanes wide on parts of the Bicentennial Highway, with massive new bridges and intersections throughout.

The dollar price tag on the project are enormous: an “order of magnitude” study says the full project will cost $292 million in 2009 dollars, with $16 million devoted to just the Bayers Road part of it. By comparison, the entire Harbour Solutions project cost $330 million, and the Bridge Terminal rebuild is about $12 million. But there is an additional cost not examined in the Bayers/102 planning documents: the lost of a considerable stock of affordable housing.

The plan calls for the city to acquire three apartment buildings at the corner of Bayers Road and Connaught Avenue to make room for a turning lane. The buildings are in relatively good shape and are well maintained, with attractive landscaping. Collectively, they host 49 units, mostly two-bedroom apartments, but also a handful of one-bedroom apartments. They rent in the $700-800 range. In other words, they provide good housing for the working poor in a central peninsula location well accessible by transit.

If Bayers Road is expanded, those apartments will be torn down.

“It’s a marvelous example of what I’ve been talking about,” says Grant Wanzell, a planning professor at Dalhousie University who specializes in affordable housing. Wanzell has been working for years to create an affordable housing project on Gottingen Street with 48 units---one fewer than will be destroyed if Bayers Road is widened. Last week Wanzell took to CBC’s *Information Morning* to criticize the lack of comprehensive planning policies.

“All the government seems to be interested in is getting and spending the money for social and affordable housing, but the vast majority of affordable housing is actually out there in the private sector,” says Wanzell.

“We’re not looking at the private sector,” he continues, “and what municipalities are doing; the bigger issues about environment, about energy costs, about transportation costs, about planning---we’re just not connected to any of that stuff.” While city politicians and bureaucrats repeatedly talk of the need for affordable housing on the peninsula, the city has no affordable housing policies and efforts to get affordable housing requirements written into development law have been frustrated.