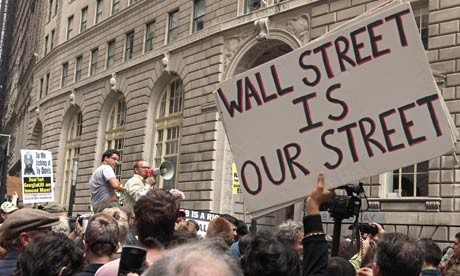 “Enough is enough,” says Ryan McKenna. “You can only get pushed around and lied to for so long before you have stand up and say ‘enough.’”

McKenna is participating in Occupy Nova Scotia, a local offshoot of what is now the global Occupy Wall Street movement. Inspired by the Arab Spring as exemplified in Egypt’s Tahrir Square, the Occupy organizations are non-hierarchical, leaderless movements making broad use of social media and their physical presence in high profile locations to make the point that the power structures of society have abandoned the vast majority of people.

“We’re the 99 percent,” says McKenna. “There’s one percent, or less, that own the wealth and direct the economy. And they’ve forgotten us.”

McKenna is 25 years old; he says most of the group is in the 25-35 age range, but “we have 60- and 70-year-olds drop by, and high school kids; it’s across the board.” A meeting at a coffee shop on rainy Tuesday night brought 35 people out. McKenna speaks sheepishly, stressing that he’s no leader and steering the conversation away from himself, although he does allow that he is a former soldier. By design, the Occupy groups come to “demands” through what can seem like a painfully long process of consensus. The local organization is discussing such issues as the hiking of tuition fees and the governmental focus on the financial centre. Canada is tied into the US financial complex, says McKenna, which results in “buying fighter jets, the tar sands, the list is endless.”

Occupy Nova Scotia meets every day at 3pm, usually at Veith House (3115 Veith Street), but those interested in attending should check the group’s Facebook page to make sure the location isn’t changed, and for other updates. In coming days, the group will announce a public event for this Saturday, Oct. 8, “to assess what are numbers are,” says McKenna, and in preparation of an “occupation” of Grand Parade on Saturday, Oct. 15.