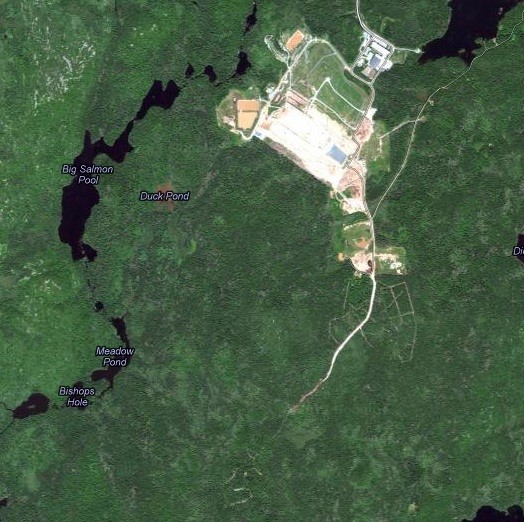 Big odour problems at the Otter Lake landfill are at the heart of a nasty bureaucratic showdown in city hall, with a city commission charged with overseeing landfill operations taking the unusual step of hiring a lawyer to fight CAO Richard Butts.

Back on Sept 28, 2010, city council agreed to a no-bid contract worth $820,940 with Dexter Construction to construct a 1.5-kilometre road from the landfill to a nearby clay drumlin. The clay was needed, explained a staff report, in order to cap Cell 5 at the landfill and start construction of Cell 6. Urgency was called for because “if the road is not completed this fall and ready to use in the spring of 2011, Cell 6 construction may not be completed in the 2011 construction season, which would interrupt the fill plan for the landfill in early winter 2012.” That, in turn, would mean that HRM would have to send its waste to Chester and Queens County, costing the city untold millions.

But even though council agreed to a no-bid contract in the interest of urgency, it took city staff more than a month to apply for a permit for the road construction from the provincial Department of Environment---that application was submitted on November 3, 2010, department spokesperson Lori Errington tells The Coast. And the permit wasn’t issued until June, 2011---nine months after the urgent call to action. Actual construction didn’t begin until August, 2011. October saw construction delays due to unprecedented rainfall, and so installation of a gas management system on Cell 5 was delayed into November. That installation required removing some of the clay topping already in place, and as a result odour complaints soared; a staff reports lists 28 complaints received between October 31 and December 25.

The continued delays and subsequent odour complaints irked the Community Monitoring Committee, a group of councillors and citizens appointed by council to monitor the landfill. The committee kept asking city staff to provide documentation for the delay, but after repeated requests, the information wasn’t forthcoming. Exasperated, the committee, which has an annual budget of $65,000, hired Halifax lawyer John Merrick to research what rights the CMC has, and on February 21, 2012 Merrick sent an opinion spelling out those rights to CMC’s executive director, former CAO Ken Meech.

Merrick’s opinion was then used by the CMC as the basis of a sternly worded demand for documentation from CAO Richard Butts’ office---including correspondence between the CAO’s office and the department of environment, minutes of meetings and even inter-office emails. Butts’ deputy CAO, Mike Labrecque, responded to the demand with a letter of his own back to the CMC, “in order to clarify and solidify our mutual understanding of what CMC’s roll [sic] is”---that is, Labrecque disputed Merrick’s read on the committee’s rights, and refused to hand over most of the documents requested.

See the exchange between the CMC and CAO's office, as well as Merrick's opinion, here.

This bureaucratic fight is happening in the context of some astonishingly big money. Construction of Cell 6 was budgeted at $16.6 million; with the addition of the road, that price tag rose to $17.4 million. Mirror Nova Scotia, the firm that operates the landfill, is associated with Dexter Construction, the firm that that was hired to build the road. Last year, Mirror was awarded a 14-year contract to operate the landfill; that contract is expected to cost the city $392.8 million dollars, which includes a guaranteed profit of 20 percent annually. By way of contrast, the Harbour Solutions sewage system, the largest public works project in Nova Scotia history, cost $330 million.

At the request of the CMC, the full city council will discuss the issue next week, at its April 17 meeting.