Halifax mayor fails to appear for the court hearing 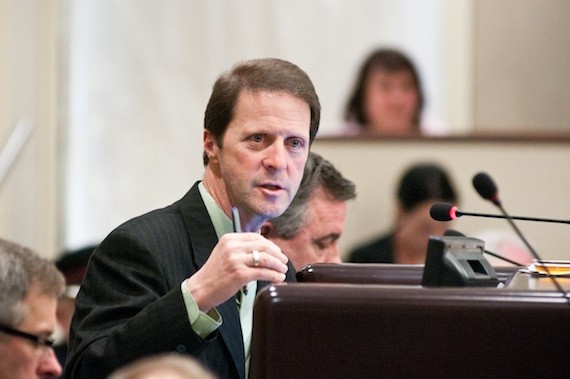 Thibeault was a family friend of Kelly. She died in 2004 at the age of 91, leaving her estate to 18 heirs, including Kelly, and naming Kelly as the executor. But over seven years have passed and the estate remains unresolved. As The Coast reported earlier this year (see “A trust betrayed,” February 16), one reason for the delay is that after Thibeault died, Kelly removed over $160,000 from Thibeault’s personal bank account, placing the money in his and his son’s control. After removing the money, Kelly submitted an inventory of the estate at the time of Thibeault’s death to the court, but neglected to account for $160,000 he had removed.

This summer, some of the heirs—Gregory Oldfield, Elizabeth Herritt, Catherine Ivany, Raymond Ivany and Phillis Brunt, all of the Halifax area, and Sharon Mahoney and Peter Halleran of Newfoundland—petitioned the court to have Kelly removed as executor.

Wednesday’s hearing dealt with that petition. The hearing lasted just 10 minutes, as lawyers representing Kelly and the heirs had submitted a consent agreement to the court, spelling out the terms for Kelly’s removal. Rosinsky approved the agreement without question.

Kelly did not show up for the hearing. He has been represented by lawyer Harry Thompson, but Thompson’s associate Bianca Krueger appeared in court. The heirs were represented by Lawrence Graham. Thompson and Graham signed the agreement.

With Rosinski’s approval, the agreement becomes a court order. It removes Kelly as executor and replaces him with Elizabeth Herritt, one of the other heirs. Additionally, the order requires that:

• Kelly must submit a full accounting of his administration of the estate by October 1, 2012.

• Kelly must appear before the registrar of probate for a formal review of his accounting of the estate. The review must be scheduled on or before January 15, 2013.

• Kelly “shall promptly respond to requests by [Herritt] for particulars or documentation relevant to his accounts...”

• Kelly is also ordered to “immediately deliver to [Herritt] the present balance in the estate bank account... [and] any and all other property of the estate in his possession.

Should Kelly not abide by the terms of the order, he could be charged with contempt of court.

Throughout The Coast’s coverage, we have noted several inconsistencies of Kelly’s handling of the Thibeault estate, including the disposition of a small piece of property behind Kearney Lake that Thibeault owned, how much money was actually in the estate when Kelly took it over, what happened to Thibeault’s mobile home in Florida and other issues. We'll explore those issues with an update to this post later today.

But today's court order requiring Kelly to give a full accounting of the estate should bring these issues forward, and if the accounting is accurate we expect many of our questions to be answered.

Still left unanswered, however, is another question: Why has there been no official investigation into Kelly’s handling of the estate? Neither the Halifax police department nor the RCMP have opened an investigation. The courts appear not to be interested to question Kelly about the incorrect inventory he submitted as a sworn court document. And finally, the last line of defence for making sure justice has been served—Justice minister Ross Landry—hasn’t touched the case.