The public will get to give advice on a building that's already under construction. 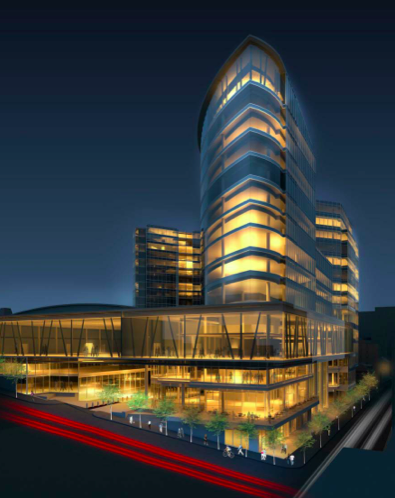 With more of the cart-before-horse planning process that has characterized the Halifax convention centre from the start, construction has started on the site, even though a final design for the project has yet to be officially approved.

When Halifax council approved the HRM By Design planning policies for downtown in 2008, it specifically included a grandfather clause that exempted the convention site from height limits that would apply were the convention centre not built. That exemption was tied to a design for an underground convention centre stretching from Argyle to Market Street, under Grafton Street, which would remain open to traffic, with towers on either side of the street.

But developer Joe Ramia and the province then split the $200,000 cost to hire spoken word artist Tim Merry to conduct public consultations for a design revision. With that public input in mind, Ramia’s architects came back with a completely new plan, which calls for the convention centre to be above ground, stretching over Grafton Street. That design will require the closing of Grafton Street to traffic.

Another city land use policy, however, specifically prohibits the closure of streets. “The traditional street grid provides a high level of connectivity and is an important characteristic of the downtown,” reads the policy. “HRM shall not close streets to permit blocks in the downtown to be consolidated for development.”

Last Thursday, Ramia brought the design changes to the Design Review Committee, which theoretically has to approve all new designs. Since construction based on the revised design has already commenced, the committee’s role is something of a farce, but that hasn’t stopped some committee members from objecting parts of the design, including a blank wall along Market Street, which will consist of service doors for the convention centre. Additionally, heritage groups are objecting to increased massing of the towers above the convention centre.

The process farce will continue on Thursday, October 24, at 7pm at the Dalhousie Computer Science Building, where the public will supposedly be able to weigh in on the building that’s already being built. At some later date, council will have to approve planning law changes that allow for the closure of Grafton Street. Those changes will require a public hearing, even though, again, the building is already under construction.