It's not all talking Christmas trees

Which councillors spend how much on what? 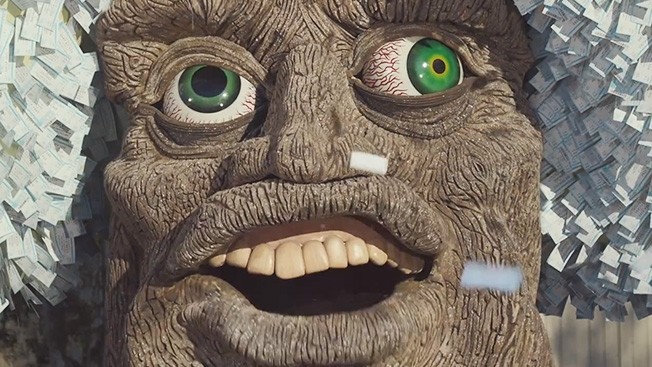 When councillor Brad Johns decided to spend $25,000 of the city’s money on an 18-foot-tall robotic Christmas tree, some of us had questions. Why? And, how?

The how at least, is that Johns used his district discretionary funds for the purchase. Each fiscal year councillors receive $94,000 in district capital funds, and about $4,000 in activity funds. The money is to be spent at the councillor’s discretion, ideally on elements that better their districts. Below, you can view the detailed reports of what each councillor has bought with their money from April up to October 2014.

Russell Walker has the highest combined expenditures and commitments for funds, coming in at almost $370,000. He has $320,000 carried-over from previous years. Steve Craig, by contrast, has the lowest amount—about $53,000.

Looking at the breakdowns, a robotic Christmas tree is unusual, but plenty of councillors can blow in excess of $25,000 on one purchase. Bill Karsten has pledged $21,000 to a BMX bike park, and spent $30,000 on landscape improvements at Birches Park. Lorelei Nicoll has committed $50,000 to the Caldwell Road landscape plan. Gloria McCluskey put $35,000 towards that Dartmouth skatepark being built. Meanwhile Darren Fisher has committed almost $85,000 to boardwalk replacement along the Cyril Smith Beach trails, and Jennifer Watts has $60,000 for improvements at Fort Needham Park.

Waye Mason, who’s instigated participatory budgeting for his discretionary funds, has put $25,000 towards Public Gardens upgrades, $35,000 to playground improvements at St. Mary’s Elementary and $30,000 for a community garden at Gorsebrook Junior High.

Johns also bought $35,000 in community signage in 2014, and $7,000 in “supplies” for the annual Weir Rockin’ concert. He’s also committed nearly $30,000 for an LED-powered community message board. According to these numbers, he barely has $22,000 remaining in his account for the year. The creator of the $25,000 talking Xmas tree might want to wait to cash that cheque in the spring.