How to be a volunteer firefighter

A short guide on helping out with a burning problem. 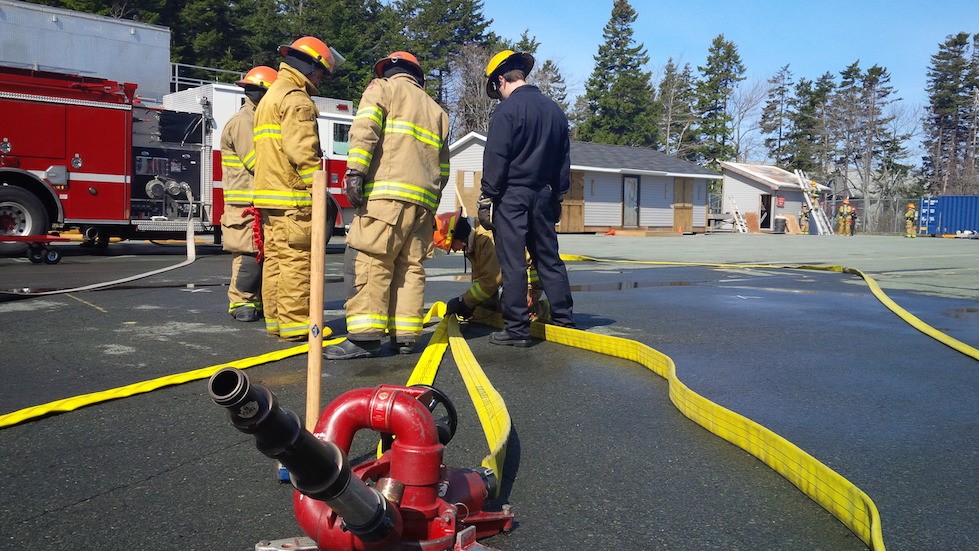 One of the problems isolated at Halifax Fire and Emergency’s operational review last week was a scarcity of volunteer firefighters in some of the municipalities rural areas. Currently there are 459 volunteer firefighters across the entire HRM, with roughly 22 percent of those in the urban core. The fire department has been trying to find new recruits, and currently needs volunteers in 30 different areas. It’s not easy work. But for anyone thinking about pitching in for their community, we put together a little information on what it takes to be a volunteer firefighter.

Who can be a volunteer firefighter?
Any Canadian citizen or landed immigrant 18 and over, provided you meet a few conditions. Applicants need to live in the area they’re hoping to volunteer in, communicate in English and have no phobias of confined spaces or heights. You’ll also need to pass a medical exam to make sure you are healthy enough for the physically-demanding job. Beyond that, applicants need a clean driver’s abstract, and most importantly a clean criminal record. “Our firefighters go into people’s homes,” executive fire officer Phil McNulty says. “They’re the most trusted job in North America.”

Will I need a car?
It doesn’t hurt, but it’s not a requirement. It really depends on the station you apply to and how they operate. Some folks only respond to calls from the fire station, while others sometimes carpool to emergency calls. Not having a vehicle makes attendance standards difficult to meet, but not impossible.

How do I apply?
Put in your application right here. Once the department has all your documentation, you’ll be scheduled for an interview with the volunteer program manager and the respective station chief. The interview is a chance to get to know the applicant, but also to make sure they understand the roles and responsibilities of being a firefighter. 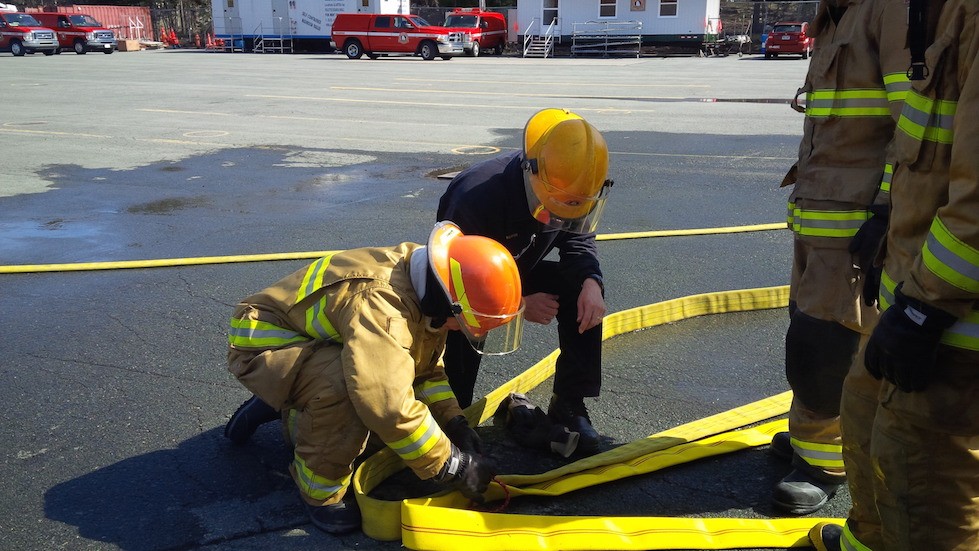 I’m great at interviews! What comes next?
A mandatory fitness test, putting you through the same fitness regimen that career firefighters go through to make sure you have the physical strength and aerobic capacity needed for the job. It includes eight performance tests, including a weighted ladder climb, carrying a 38 kilogram bundle of hose up and down five flights of stairs, lifting a ladder two metres off the ground and dragging a 91 kg “victim” dummy a distance of 15 metres.

This all sounds pretty fun so far!
Good, because now you’ll have 50 hours of online training to complete. Applicants are required to read up on all the written documentation for the job of firefighting. Then you’ll begin your skills training, which takes place over seven weekends. You’ll perform the practical applications of all the lessons you’ve studied, and then be tested on each.

How long does this all take?
Between the weekend training, the online modules and the interview, you’re looking at easily 200 hours before you get your black helmet.

My what?
Volunteer firefighters receive a black helmet at graduation, signifying they’re now able to perform their role as a firefighter. You’ll also receive a pager.

Is there a graduation ceremony?
A "fairly elaborate" one, which your family will be invited to. They mayor, fire chief and local councillors are also invited. It's all in recognition for what volunteer firefighters are going to be doing in their communities. "We're very thankful and appreciative of the time and effort they put in,” Phil McNulty says.

What do I do once I'm officially a volunteer firefighter?
Train and respond to emergency calls when you can. Typically, the expectation is volunteers will train at their station once a week. That’s usually Tuesday evening, but the schedule is flexible depending on everyone’s availability. Management expects volunteers will respond to 20 percent of emergency calls and 20 percent of training. That averages out to about 20 hours per month. “That’s a provincial standard,” McNulty says. “If I had my way, I’d like it to be higher. But again, these folks are giving up their own family time to volunteer in the community.”

Are there any benefits that come with the job?
Aside from the respect of your community, you mean? There sure are. Firstly, you’ll be able to put volunteer firefighter license plates on your vehicle as a symbol of recognition. The city reimburses you for the cost of the plates. There’s also annual banquets and the volunteer honorarium.

Honorarium?
It’s basically a wage for every hour you put in training or responding to calls. Every year before Christmas, the honorariums are given out to volunteer firefighters for their service. The amount depends on the work put in. The honorarium pool is $1.7 million, but that’s divided by the number of total points (hours volunteered) for all volunteer firefighters. In 2014, a point came out to be worth $16.05. McNulty says they paid out eight or nine honorariums in excess of $10,000 last year, and hundreds between five and ten thousand. Last year council also raised that honorarium pool by $200,000, McNulty says, in recognition of the value volunteer firefighters offer. “They’re critically important to us.” 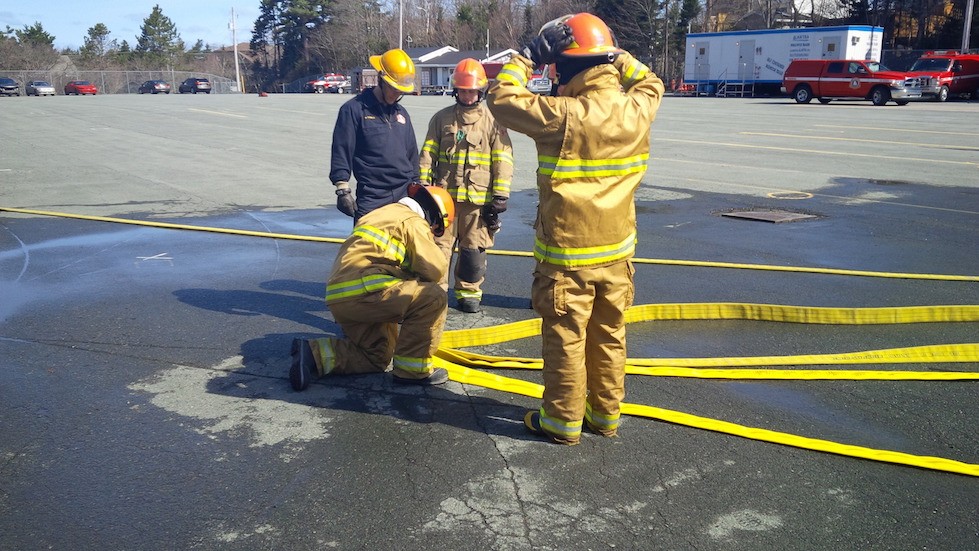