Friday's 6 things you need to know 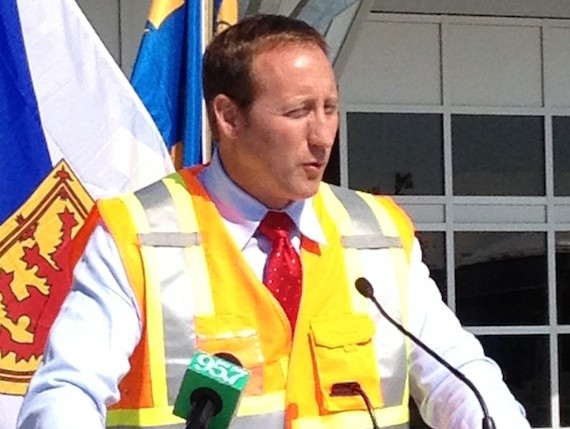 1
At last, Peter MacKay is leaving politics. At least that’s what the Nova Scotian justice minister is expected to announce today at 5pm. But then the chronically sexist fan of helicopters isn’t known for doing what he says he’s going to.

2
Speaking of the former defence minister, the Irving shipyard is finally getting around to hiring the hundreds of skilled workers needed in constructing Canada’s new Arctic patrol ships. CBC reports a job fair next month will be held to recruit some 250 tradespeople (maybe some of them will buy a condo?). According to their own news release this week, Irving Shipbuilding currently has over 400 workers on layoff.

3
Speaking of condos, have you checked out our interactive map of planned residential developments in the downtown? Scroll down in our cover feature on condo country to see why Bilby and Isleville Streets are suddenly so popular with developers and maybe figure out where you’ll be living in five years.

4
Honeybee Vintage Bridal’s last day in business is this Sunday. If you’re planning your wedding, looking for a summer party dress or just love a good discount, help local entrepreneur Melanie Peters go out with a bang.

5
Both the provincial NDP and the Liberal government have admitted to breaking election rules by sending out partisan flyers to ridings where a by-election is expected. Does anyone ever like getting these mailouts? Save the flyers, send some cookie grams, maybe.

6
Corey Wright has been granted day parole. Wright was sentenced to 15 years in prison in 2009 after the death of Damon Crooks, an American sailor, outside of a Halifax bar in November 2006. The crown’s case against Wright was particularly weak and not everyone is convinced that he's guilty. Back in 2010, Stephen Kimber asked "Is Corey Wright the wrong man?"

+
A whole batch of weekend entertainment Sure Things.