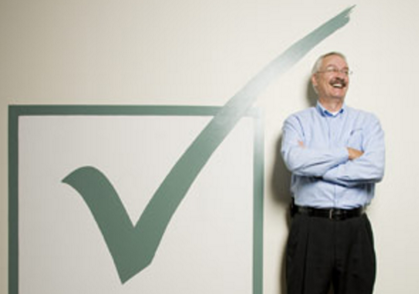 Intelivote Systems communicated to the Atlantic Canada Opportunities Agency back in May that it would be ceasing operations effective July 1. That's according to a statement of claim filed last week by ACOA at Nova Scotia Supreme Court.

The cessation in service came several weeks before HRM issued an RFP to contract out five years worth of telephone and electronic voting services in municipal elections. Intelivote would bid on and eventually win that standing offer for $495,402.

“Our plan was to cease operations, but what has actually happened is that some of the team have taken time off,” Intelivote owner and founder Dean Smith writes in an email. That includes some employees taking unpaid leave, he says, while others have shifted to part-time work.

Smith says the company had to honour any existing contracts or successful bids they might win prior to July 1, which ultimately offered a temporary reprieve to keep the lights on until mid-August.

“As it turned out we ended up being very successful in many of the proposals we had outstanding, and we ended up with a total of 13 events that we had to deliver.”

That hasn’t stopped ACOA, one of Intelivote’s primary financial backers, from commencing legal action against the Dartmouth company. In its statement of claim, ACOA claims Intelivote stopped making loan payments in June and has “become insolvent resulting in an event of default.”

According to the court documents, the terms and repayment schedules for those three loans were amended a total of 16 times before Intelivote stopped payments on June 25, 2015.

Smith says his company has already repaid $480,000 on its ACOA loans. His lawyers are currently reviewing the statement of claim before deciding on their next action.

The multi-year tender from HRM actually presented a "significant opportunity" to ease some of Intelivote's financial troubles, Smith says. It offered the potential for new cash to pay back ACOA, and increase the company's value to potential buyers. At the time HRM issued its request for proposals, Smith says he was engaged in discussions with three companies interested in purchasing Intelivote.

“We realized that if we were successful with the HRM bid it would add value to the pending discussions and might again increase the opportunity of securing a successful offer for the company,” Smith says.

City council this week deferred making any decisions on electronic voting plans for next year’s election in order to figure out HRM’s next step now that ACOA has started action against Intelivote. Options will be presented in a staff report, which is expected early next year.

Spokesperson Brendan Elliott writes in an email that HRM’s risk mitigation in handing out contracts isn’t to blame for the situation the municipality finds itself in.

“The financial status of a company is a difficult matter to determine and can change relatively quickly,” Elliott says. “We would have no way of knowing that a proponent was going to be insolvent in the weeks or months after we award a contract and there is no process that will completely avoid that risk.”

As the 2016 election is still 10 months away, Elliott says the risk to HRM right now is “relatively low,” even if the city and Intelivote do end up parting ways.

“We could quite easily secure replacement services in sufficient time for the election either via the RFP that was issued in 2015, or a new one.”

The province of Nova Scotia currently has $2.8 million invested into Intelivote Systems.