The Champs-Élysées of Halifax? 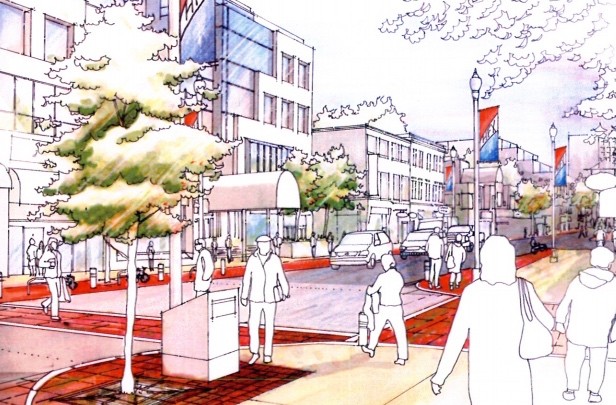 UPDATE: Council unanimously approved the new plans at Tuesday's meeting. This article has been updated to reflect that vote.

Big changes could be are coming to some of the downtown's busiest streets.

A staff report before council on Tuesday recommends HRM move forward with the detailed design work and tendering process for a $16.7 million facelift on Argyle Street, Grafton Street and Spring Garden Road.

Potentially starting this summer, the section of Spring Garden Road between Queen and South Park will be recreated as a more pedestrian-friendly destination—with buried power and telephone lines, widened sidewalks and all new pavement. The upgrades also include decorative street lighting, new traffic signals and the removal of barrier curbs. Loading hours along that stretch of Spring Garden will also be limited to before 10am.

The staff report says the new streetscape would “link the Public Gardens and the Central Library with a distinctive and legible treatment that fosters a sense of place and a high degree of civic pride.”

Streetscape plans and construction tenders for a similar project were prepared in 2009, but fell through after insufficient funding. Those designs aimed to transform SGR into the Champs-Élysées or Las Ramblas of Halifax.

The list of improvements on Argyle Street (between Blowers and Prince) and Grafton Street (between Prince and Carmichael) call for the removal of barrier curbs, decorative lighting, street furniture, new trees, public art and “possibly overhead canopies.”

Those upgrades will also eliminate current requirements for bars and restaurants to construct temporary walkways when putting out a sidewalk cafe—meaning next summer could feature one hell of a patio season. 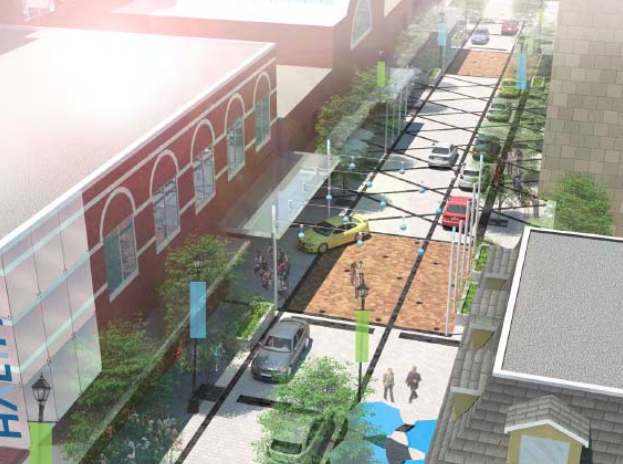 “The project would transform these streets into dramatic public spaces that encourage people on foot to linger and enjoy the space, while still allowing access and loading by vehicles," reads the staff report.

Originally conceived as a five-year, $50-million capital plan, the new streetscape projects were to be cost-shared with other levels of government. But the plans didn’t meet any federal or provincial eligibility for funding, so the municipality instead opted to forgo the cost-sharing and develop a business case for the upgrades all on its own.

The changes to Argyle and Grafton will get priority funding out of the $16.7-million pool. Staff estimate that will cost $6.6 million, provided cost-sharing options with the Nova Centre can be arranged (or $6.8 million without). Staff are also looking at whether the province can chip in on the Grafton Street component, as it's a lot cheaper than the $7-million underground walkway from the Nova Centre to the Scotiabank Centre that was previously being considered.

Whatever funds remain (estimated at $10.1 million) will go towards the upgrades on Spring Garden Road.

Construction on the projects could be started as early as mid-August, to be completed in time for next spring.