Homes Not Hondas back up for discussion at council 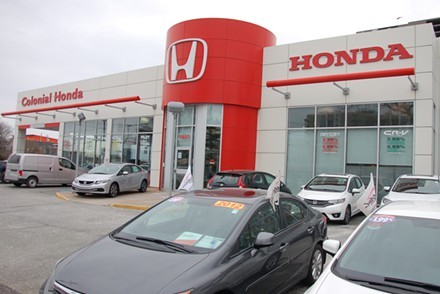 Watts is asking council to request the province amend its Charter so that HRM can implement interim development controls in certain areas—granting council the power to suspend or limit certain developments in an identified area (and stopping any permits or approvals being issued in that area that are contrary to the resolution).

It’s a stop-gap measure while the lengthy Centre Plan process continues, making sure no new surprises or sneaky car lots pop up.

An IDC would have potentially stopped car czar Rob Steele, who quietly purchased dozens of properties over the last few months surrounding his new Colonial Honda dealership and is now set to demolish those houses. The Steele Auto Group is within its legal rights to tear down the homes and build a parking lot for more cars, but the plan has been met with outrage from neighbouring property owners.

In the Homes Not Hondas Facebook group, Watts clarifies that this motion won’t have an impact on Steele’s current parking lot plans. Those permits have already been issued, and would be grandfathered into any new legislation (which would have to be passed at Rankin-level speeds to be in effect before the houses on Fern, McCully and May came down, anyhow).

To provide a more attractive alternative for dealerships like Honda, Watts is also asking council to request a staff report identifying zones outside the Centre Plan area that currently allow for and could be amended to allow for large-scale automotive dealerships—an attempt to keep Centre Plan lands on target for increased density and build up a “gasoline alley” for auto dealerships outside the core.

Finally, Watts is asking for a staff report addressing the requests identified in the Homes Not Hondas petition submitted at council’s May 10 meeting.

The petition of over 1,000 signatures was met with some criticism when it was first presented to council two weeks ago. Dartmouth Centre councillor Gloria McCluskey called it a “waste of time” and said it was a “political move” put together by District 8 candidate Brenden Sommerhalder in anticipation of October’s election.

Council meets at 1pm today, Tuesday, May 24 at City Hall.