Victor Syperek would also like some compensation from the city, thank you very much. 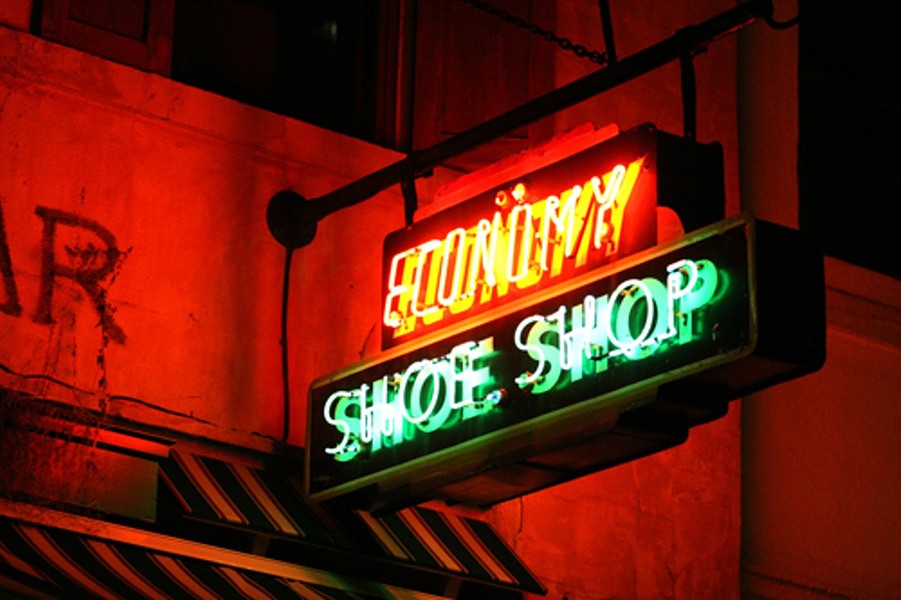 It’s now five downtown businesses that are taking legal action against the government over lost revenues from the Nova Centre’s construction.

Wagners law firm announced on Monday that the Economy Shoe Shop on Argyle Street will join the Carleton, Wooden Monkey, Attica and Biscuit General Store in seeking compensation for losses suffered due to the prolonged construction of the $500-million development.

The municipal, provincial and federal governments (who are jointly-funding the Nova Centre’s build) have all received notice from Wagners, along with Argyle Developments Inc., parent company Rank Inc. and the Halifax Convention Centre Corporation. Wagners writes in a press release that if those parties are unwilling to negotiate a compensation figure, the firm will seek a ruling of “injurious affection” from the Nova Scotia Utility and Review Board, under the province’s Expropriation Act.

Injurious affection claims can apply both when a landowner’s property is expropriated, and when the land isn’t taken but there are still personal or business damages resulting from construction.

The municipality is fighting Wagners' interpretation, though. Spokesperson Tiffany Chase told the media last week that the Act only applies “if the government is undertaking the construction activity” and so HRM’s legal team believes the downtown business owners' claims have no legal basis.

There’s no exact monetary figure the group is looking for, but Wagners representative Erin Gillis previously told The Coast it’s likely to be in the range of “hundreds of thousands of dollars per business.”