Tim Houston has some questions about Marilla Stephenson’s new job. 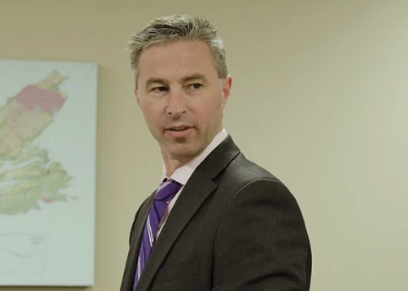 Progressive Conservative MLA Tim Houston is calling for an emergency meeting of the Legislature's Standing Committee of Public Accounts, to investigate how Marilla Stephenson got her shiny new $106,000-a-year job.

Houston, a member of the public accounts committee, has sent a written request for the emergency meeting to chair Allan MacMaster to examine the hiring practices of the province’s Executive Council Office and the Public Service Commission.

“Nova Scotians expect public servants to be hired based on merit in a fair and transparent manner,” writes Houston in a press release. “What we’re seeing is a troubling pattern where fair hiring practices are routinely circumvented and even broken so that certain people can be hired, promoted or given pay increases.”

Former Chronicle Herald columnist Stephenson was hired as the government’s new managing director of corporate and external relations earlier this month, after being asked by members of the hiring committee for her feedback on the newly-created position’s job description. The job was posted internally to staff of the Executive Council Office, and Stephenson was the only applicant.

A freedom of information request by the Nova Scotia General Employees Union and written about by the CBC’s Michael Gorman detailed the correspondence between senior government officials and their applicant.

Stephenson was previously working an 18-month contract as part of Ivany Report think tank the One Nova Scotia Coalition before this job. As Gorman reports, Stephenson’s contract was scheduled to expire on March 31, which would have made her ineligible to apply for the new position as a current staffer. However, her contract was extended for another three months.

Premier Stephen McNeil has told reporters there was nothing underhanded about the hiring procedure, but critics and opposition members are crying foul.

Jason MacLean, president of the NSGEU, called the hiring unfair on Information Morning. Progressive Conservative leader Jamie Baillie issued a release calling on McNeil to fully release all the currently-redacted emails between communications staff and senior officials regarding the hiring process.

“If the Premier has nothing to hide then he should release all the emails,” writes Baillie. “Give Nova Scotians the information and let them judge it for themselves.”