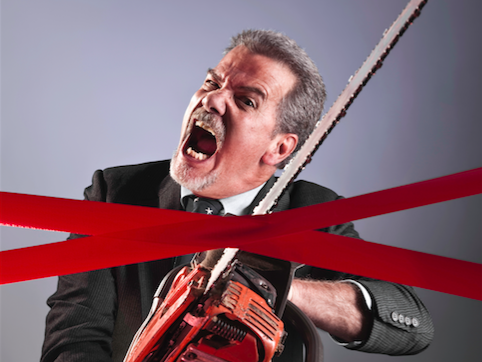 The Halifax Regional Municipality may get some tips on reducing bureaucratic red tape by sending a city hall staffer off on a six-month fact-finding mission.

The grand expedition was discussed at Thursday’s meeting of HRM’s Community Planning and Economic Development committee, and will now be sent to regional council for final approval. It comes out of a February request by deputy mayor Matt Whitman looking for a red tape reduction strategy in HRM.

The report recommends HRM commit a single staffer to head off on a six-month secondment to the inter-provincial Office of Regulatory Affairs and Service Effectiveness.

The charter for the office—approved by all three provincial governments—states that government regulation “should be a public policy tool of last, not first, resort.” If it absolutely has to be enacted, regulation should be “in the lightest form possible.”

One lucky municipal staffer will get to drink that kool-aid for six months, with a possible extension of up to three years.

Staff are hoping to reduce the “red tape” around any rules, regulations and bureaucratic procedures that are “excessively complex” or “impose unnecessary delay, inaction and/or costs.”

Thursday’s meeting saw a surprise appearance by mayor Mike Savage, who sat in for the discussion and stressed it was “incumbent upon” HRM to reduce its red tape. Doing so, said the mayor, is “pro-customer.”

Councillor Jennifer Watts however argued that some businesses owners have a perception of unnecessary red tape without understanding the regulation’s purpose. She cautioned HRM to make sure that in cutting red tape the municipality didn’t inadvertently end up cutting loose regulatory measures that protect residents and help the disadvantaged.

“That’s the nature of who we are,” Watts said. “Everything we do in government is regulation.”