“I can't let another four years slip by and continue to watch the deterioration of our community.” 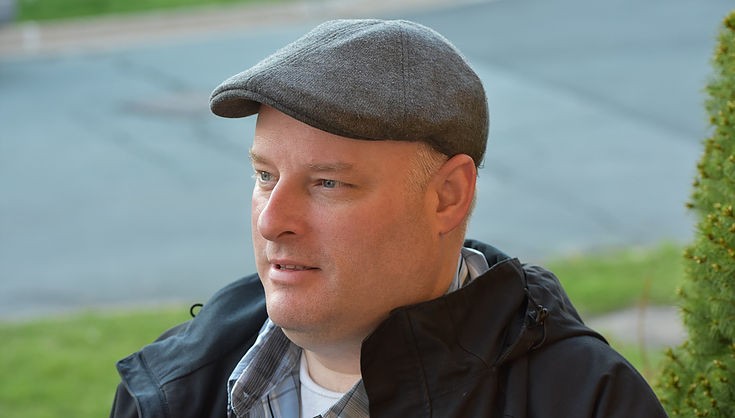 The Coast sent all 53 candidates running in HRM’s municipal election the same 15-question survey in order to help their residents and our readers know a little more about who’s running for council. Here’s what Andrew Curran from Halifax—Bedford Basin West sent back.

Why should residents of your district vote for you?
It's time for change! As a proud resident of District 10, I can't let another four years slip by and continue to watch the deterioration of our community. It feels like we've been overlooked and forgotten. Our infrastructure and resources are falling apart, or have been taken away. Residents should vote for me because these are the key issues I want to address: making our neighbourhood more walkable by fixing our infrastructure—where sidewalks and bus shelters are non-existent; improve the environment and traffic flow by adding Bus Rapid Transit (BRT) lanes, networked bike lanes and commuter rail; an outbound Bedford Highway lane with steady green lights; bring back the affordable HRM recreational programming into our district for families, youth, seniors, newcomers, along with a new community centre or hub for community space. Through these, I'd also like to bring back HRM Recreation in-service and summer day camps for school aged children. I will create a seniors' club, as many seniors have become disengaged with the loss of Northcliffe and Rockingham Community Centres. Youth, in particular, need a safe place to hang out and to be positively engaged. I will bring Participatory Budgeting to District 10, where the community directly decides how to spend a large part of the district councillor's discretionary fund, each year. I'm not accepting any donations from developers. I strongly believe that developers should give back to community and therefore, if I'm approached, I will redirect them to the many community groups in my district.

What’s something you wish people were talking about more this election?
Walkability for each neighbourhood. The concept of complete communities is based on the idea of living within a convenient walking distance to everything you may need in order to help the environment, your health, and to help you enjoy a higher quality of life. Example: living close to public transit, bike lanes, shops, grocery centres, neighbourhood hubs and parks with recreation, work, schools, churches and entertainment, to name some. Living in complete communities, we can reduce our environmental footprint and live a more healthy lifestyle.

What’s the most accurate criticism someone’s made about you?
I've been burning the candle at both ends a little too much lately and need to take more time for myself, and relax.

What was the first concert you ever went to?
Richard Marx with Wilson Phillips opening, in Halifax.

What was the last movie you didn’t finish?
Gods of Egypt

What pisses you off?
The traffic mess on the Fairview overpass every morning. What peeves me even more is having to do it all over again at the end of the day, on the drive home.

What’s changed the most in your district since 2012?
The boundaries and demographics of our district, along with the explosion of development with a lack of community consensus. Our district is facing very LARGE development; Rockingham South and Seton Ridge to name a couple. When I'm elected, I will ensure there is proper community input into all the projects that affect our community.

What’s a specific moment in politics or your professional life that you really regret?
I regret not being involved in municipal politics earlier. If I had of, we would already have the groundwork done for a replacement community centre or hub with affordable HRM recreational programming in our district.

What’s the last thing that made you really laugh?
My dog, Snoopy! When human food is involved, all of sudden, it's as if he can do basic arithmetic by adding or subtracting from five, by tapping his paw on the floor to give his answer. If bacon is the reward, he taps his paw even louder and loses count. He's such a ham! I really should make a video.

What’s your go-to meal when cooking?
My mother's homemade curry sauce over rice recipe with apples, onions and raisins—cooked in the sauce made with margarine/butter, flour, curry powder, milk, a drop of Worcestershire sauce, a pinch of salt and sliced in hard-boiled eggs. Add crushed chili peppers for heat. My cooking never tastes quite as good as my mother's!

What worries you the most about the Halifax Regional Municipality and the issues it's facing?
The environment, transportation, and development are among my top worries for HRM. Finding a balance between these three issues will allow HRM to better handle any future growth.

How would you describe your opponents in this race?
With all due respect to the incumbent's almost quarter century in office, it's time for fresh ideas and new energy. As for the other candidate, so far, he's kept a low profile.

What do you promise NOT to do if elected?
I promise not to stay in office for nearly a quarter century.