“Halifax has yet to come to terms with the fact that the effects of climate change are happening right now.” 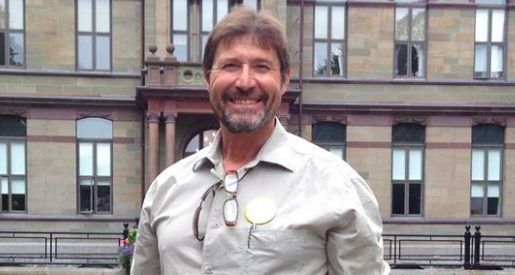 The Coast sent all 53 candidates running in HRM’s municipal election the same 15-question survey in order to help their residents and our readers know a little more about who’s running for council. Here’s what Richard Zurawski from Timberlea—Beechville—Clayton Park—Wedgewood sent back.

Why should residents of your district vote for you?
I intend to make my decisions at council based on evidence, integrity and communication. I believe that the information and facts of any circumstance should supersede any vested interest. I also believe the councillors need to be more transparent regarding the support they receive from outside vested interests. The perception of honesty is almost as important as honesty itself. I intend to be actively involved in all the interests of District 12, Halifax and Nova Scotia. We have many issues facing us in the future, not the least of which are the effects of climate change. Halifax and council have to date, not planned very well for the coming changes, which include, potential drought, rising sea levels, increased storm frequency and intensity, as well as a host of other related issues. It is time for council to make smart decisions based on the evidence, and I feel, that I have the skills, the education, the will, and the integrity to help council move ahead over the next four years to address these issues.

What’s something you wish people were talking about more this election?
This year for the first time, we saw some of the spectres of what climate change means to Halifax. The fire ban and the protracted drought were harbingers of what is to come, and all related to climate change. To date, Halifax has yet to come to terms with the fact that the effects of climate change are happening right now. The time to make decisions on this is now. Not only do we need to talk—we need to act.

What’s the last thing you Googled?
The uselessness of surveys.

What’s the most accurate criticism someone’s made about you?
I am not political enough.

What was the first concert you ever went to?
Leonard Cohen

What was the last movie you didn’t finish?
Anything from Hollywood.

What pisses you off?
Climate change deniers and useless surveys.

What’s changed the most in your district since 2012?
Rampant unrestricted development.

What’s a specific moment in politics or your professional life that you really regret?
Doing useless surveys.

What’s the last thing that made you really laugh?
Doing useless surveys.

What’s your go-to meal when cooking?
Bacon and eggs.

What worries you the most about the Halifax Regional Municipality and the issues it's facing?
A lack of science understanding, and vested interests intruding in the decision-making.

How would you describe your opponents in this race?
Other well-intentioned people.

What’s something you don’t know, but want to learn?
Why anyone would think the surveys of use.

What do you promise NOT to do if elected?
Do another useless survey.