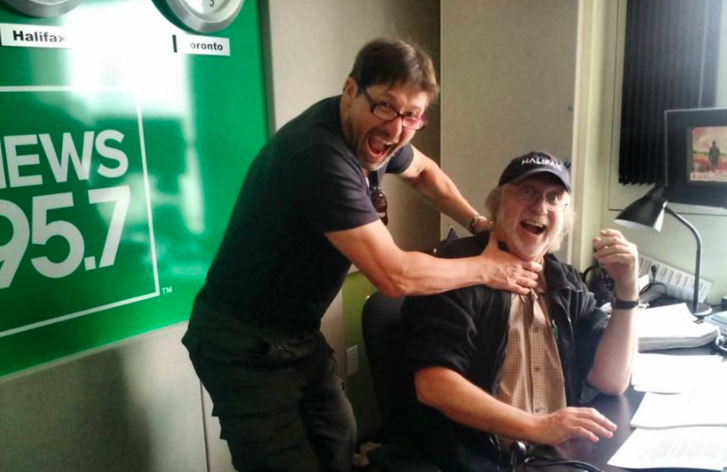 It’s not his duties at City Hall that have been keeping Richard Zurawski off the airwaves as of late.

The city councillor is refusing to appear on News 95.7 and is apparently filing for damages against parent company Rogers Media over the termination of his contract.

Zurawski was a longtime meteorologist for News 95.7 and other Rogers’ stations before being elected in October to represent Timberlea–Beechville–Clayton Park–Wedgewood. He also co-hosted the “Science Files” call-in show with Rick Howe.

Howe addressed the situation Monday morning on his own talk show (skip to 25:40 in the first hour).

“Richard’s having a, well, I’ll call it a disagreement, with Rogers management after his contract was not renewed and it’s basically gone legal,” Howe told listeners.

The host said his former colleague had been scheduled twice to appear on the program’s “hot seat” call-in hour for municipal councillors, but had cancelled both times. Howe says he told Zurawski that problems with management should be separate from his work as a public servant.

“But he chooses now basically to, I guess, boycott us and that’s his call,” said Howe. “I think it’s an unreasonable call. I think he’s wrong. But, well, so be it.”

Zurawski only offered a brusque “No comment,” when reached by phone, but in separate Facebook posts the councillor claims he was “fired” by Rogers a week ago and that he is filing for damages.

In an update made on December 6, Zurawski claims he’ll publish “what has happened at Rogers” over the next several days after having “kept silent” for the past few months.

“I feel that someone owes the listener and fans of the Science Files some sort of explanation and it appears that Rogers is not going to do it,” writes Zurawski.

“While we can’t comment on the specifics of any contract negotiations with personnel, I can confirm that there are no disputes currently before the courts with any of our former contractors in Halifax. Richard left our station as an independent contractor in August to run for Halifax City Council.

“I can also confirm at this time that our series the Science Files will be ending at the end of this month. I [sic] was a difficult decision, but one that was right for our business. We sincerely thank all our listeners for their support over the years and look forward to announcing our new programming in the coming weeks.”