Adam Reid takes the job as Halifax Pride's first executive director amidst unaddressed calls to boycott the festival, and a growing dissatisfaction post-AGM. 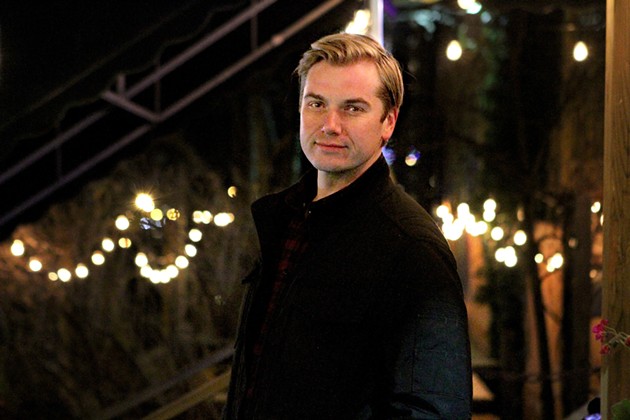 Adam Reid has his work cut out for him.

Reid, who previously sat on Halifax Pride’s board of directors and has been at the helm of Halifax’s Queer Acts Theatre Festival for just under a decade, was announced earlier this month as Pride’s first ever executive director. He’ll now work full-time to oversee the logistics and operations of Atlantic Canada’s largest Pride celebration.

Hiring Reid was one of the less controversial items proposed and voted on at Pride’s Annual General Meeting (AGM) back in October. Over 300 people showed up at that AGM to vote on a contentious anti-pinkwashing motion put forward by Queer Arabs of Halifax (QAH).

The motion’s defeat, and the events of the meeting, drew criticism from many in the LGBTQ+ community. Reid—and Halifax Pride—are now trying to win back the trust of many former supporters.

Since being hired, Reid says he’s been reaching out to community members and organizations to try and mend fences. “I definitely want to do more to include more marginalized voices in the festival,” he says.

But the backlash from the AGM has been severe. Pride boycotts have been called for by the Mount Pride society in October, and by the national and provincial Canadian Federation of Students (CFS) organizations last month. There has been no official response from Pride to these calls.

“It’s really hard to see myself being a part of (Halifax Pride) moving forward,” says Kehisha Wilmot, the Indigenous representative for the CFS’ Nova Scotia chapter.

Wilmot sees Pride’s AGM as “illegitimate” because the presence of straight people appeared to outnumber those of queer community members—which Pride is mandated to represent the interests of. The Nova Scotia Rainbow Action Project (NSRAP) has joined CFS in questioning Halifax Pride’s validity after the October meeting.

“We will be reaffirming our position that their AGM was invalid and a violation of the society's mission and the community it serves,” says Áine Morse, the co-chair of NSRAP’s board.

If Pride were to acknowledge their AGM as “illegitimate,” this would mean all voted decisions from that agenda would be defunct—including Reid’s new position.

Morse thinks Reid has a “genuine desire to understand the issues and make a positive change,” but he “runs the risk of moving forward without repairing.”

Raven Davis, a Two-Spirit person belonging to Halifax’s ”Black, Indigenous, People of Colour” (BIPOC) community, says there has never been confidence in “the integrity, ability and surety of Halifax Pride to be inclusive of all voices.”

“After numerous attempts of trying to get our voices heard with Halifax Pride, some of us are beyond tired,” says Davis, who believes Pride needs to address race inclusion, accessibility and prioritize funding, space and leadership for queer and trans BIPOC people.

They also think Pride needs to seriously consider the removal of any police and military presence at future festivals and any corporate sponsorship that supports pink washing or is anti-black, anti-Indigenous or transphobic.

Until then—until there’s “a dramatic shift in their leadership and organization,” Davis says they’re not interested in supporting Pride.

“It’s going to take years to begin to build trust with the QTBIPOC community.”

Reid, for his part, says Pride is hoping to organize an “accountability group,” which would oversee and consult the board on the organization’s future direction.

On December 16, Pride published a job ad for a vacant seat on their board, with preference to applicants from the queer and trans “Black Indigenous and People of Colour” (BIPOC) community. This comes after NSRAP and CFS called for board seats to be reserved for BIPOC members of the queer community to ensure their inclusion.

“There’s a lot of rebuilding that needs to take place...we don’t want to make the same mistakes,” says Reid. “We recognize that Pride has caused a lot of pain, and we can do better.”

In February Halifax will host the annual national conference of Pride organizations, meeting with Pride chairs across the country. Halifax Pride 30th anniversary celebrations will take place from July 13-23, 2017.