“Screaming into the void on the computer isn’t gonna cut it.” 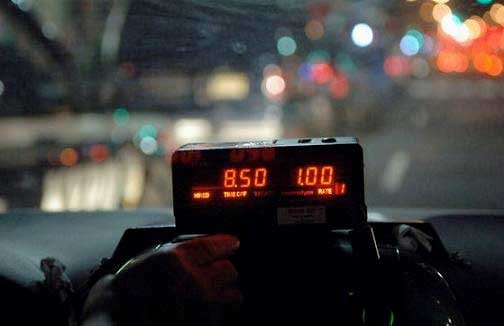 “I’m feeling a bit outraged,” says Amanda Dodsworth, who is the March 7 protest. “I think that screaming into the void on the computer isn’t gonna cut it.”

A second protest is scheduled for March 8. Both are taking place at Grand Parade Square.

Al-Rawi was charged in May 2015 when police found a female passenger, unconscious from intoxication and naked from the waist down, in his backseat. The woman’s DNA was found on Al-Rawi’s mouth.

During the trial (which was covered by Metro Halifax on an ongoing basis), the woman said she couldn’t remember much of what happened after leaving a downtown bar.

In judge Gregory Lenehan’s decision this week, he said “A lack of memory does not equate to a lack of consent” and “Clearly a drunk can consent.” The words spread across the internet and were quick to gain the attention of educators and advocates against sexual violence in other parts of the country.

When Dodsworth read about the verdict, she “couldn’t make sense of it.”

The complainant “had everything you would think would be required,” she says. “She had an eye witness who was reliable, in the form of a police officer. She had DNA evidence. She was clearly unconscious.”

Dodsworth also questions Lenehan’s assessment that the woman could have consented before falling unconscious.

“If you’re drunk enough to wet yourself and pass out, you likely weren’t able to give consent in any time 20 minutes before that.”

Elise MacIntyre is hosting an event geared towards writing letters, also in protest of the verdict.

“Absolute best case is that he’s not a judge anymore,” MacIntyre says of Lenehan. Judges “need to be held to a higher standard than the rest of us.”

She also points to two of Lenehan’s other cases, one in which he told a woman not to breastfeed in the courtroom. The judge also handled the child pornography trial in relation to the Rehtaeh Parsons case, in which the man pictured pressing up against the intoxicated teenager while giving a thumbs-up was sentenced to one-year probation.

“I don’t really think he’s fit for the position he’s in.”

Dodsworth hopes “with enough voices and enough noise,” the judge will “at least” be barred from overseeing cases that involve sexual violence.

It’s already difficult for sexual assault survivors report, and Dodsworth feels this case “sets a really dangerous precedent for other cases that will go forward in the future.”

“This is just another nail in that coffin to stop women from stepping forward.”