Motion asks for changes to licensing appeals process, in the wake of Bassam Al-Rawi decision. 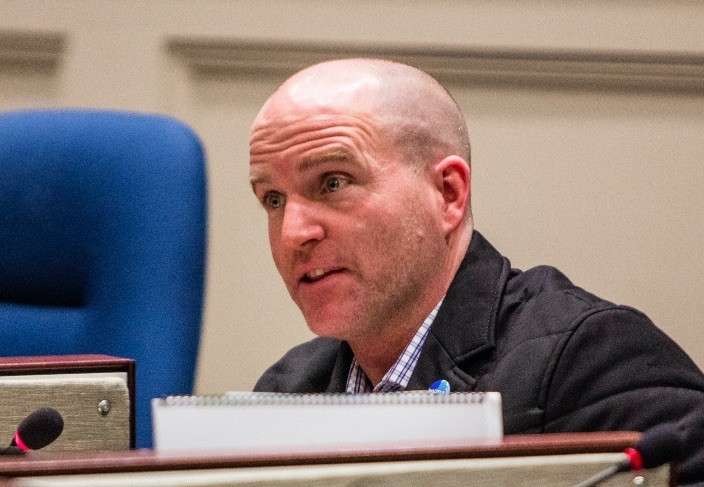 As political leaders call for a provincial inquiry and thousands get ready to march in the streets, a procedural amendment at city hall being proposed this week could see big changes in who's deemed fit to drive a taxi.

The motion asks for a staff report on possible amendments to the licensing appeals process, including transferring that responsibility to the Utility and Review Board (or a newly created tribunal) and reducing the scope of the appeals committee’s decision-making process.

Mason is also asking staff to look at “strengthening standards of conduct” in HRM's taxi and clarify the requirements for the suspension of cab driver’s license.

“The municipality cannot address the concerns we’re seeing for the public about the criminal case, but we can clarify who’s allowed to drive a taxi and when they’re allowed,” says Mason.

“In a criminal case you have to be guilty beyond a reasonable doubt, but in a civil case it’s just a balance of probability, and licensing is civil.”

The request comes a week after taxi driver Bassam Al-Rawi was found not-guilty on charges of sexual assault. Comments about drunken consent by Judge Gregory Lenehan in his decision about that case have sparked outrage across the and put a renewed focus on the appeals committee’s unanimous decision in 2015 to overturn Al-Rawi’s license suspension while he awaited his day in court. The council committee made the decision, against the advice of HRM staff, after a 20-minute in camera meeting with the defendant’s lawyer.

“It will help committee members in the future when potentially very controversial legal appeals would typically come to councillors for review,” says the Hammonds Plains–St.  representative.

As recently as last week Whitman defended the committee’s 2015 decision based on “innocent until proven guilty.” The Progressive Conservative candidate for Hammonds Plains–Lucasville says that legal principle is still a “huge factor” for the appeals committee (which he no longer is a member and that his prior decision was based on the available evidence.

Details of the Crown's case against Al-Rawi that have since been reported in the media were unknown by the appeals committee in rendering its verdict, says Whitman. The councillor wouldn’t say whether that evidence and Al-Rawi’s acquittal would cause him to make a different call were the appeal in front of him today.

“I’m glad I’m not on the 2017 committee and I hope that Waye’s motion has the intended consequences,” writes Whitman, who says that he's “as outraged by the judge’s comments as others.”

According to HRM spokesperson Brendan Elliott, the municipality and the province have already been reviewing the appeals committee’s “quasi-legal” authority to make decisions on taxi licenses. Part of Mason’s motion on Tuesday requests mayor Mike Savage also write a letter to Justice minister Diana Whalen asking if the Utility and Review Board can be the body responsible for license reviews.

As previously reported by Metro Halifax, the committee heard multiple appeals last year for cab drivers facing criminal charges. Along with Al-Rawi’s successful petition, the same 2015 appeals committee granted a cab driver who had been found guilty of sexual assault the ability to reapply for his license after a one-year suspension.

Whitman recused himself from that vote after the driver’s lawyer argued that prior comments made in the media by the councillor indicated a conflict of interest.