Women’s rights not a side issue in provincial election

In a follow-up to the Women’s March on Washington, next week’s Nova Scotia Women Vote rally aims to empower voters and hold politicians to task.

With the upcoming provincial election, feminist group “March on Nova Scotia” is encouraging women to have an open conversation about voting.

As a follow-up to the Women’s March on Washington, the new group is holding the event Nova Scotia Women Vote at Grand Parade on May 13, to remind women of the importance of voting and how they do have the power to affect change.

Jackie Barkhouse, former city councillor and the event coordinator, left the Women’s March on January 21 already thinking about what she could do next.

This is the next step. 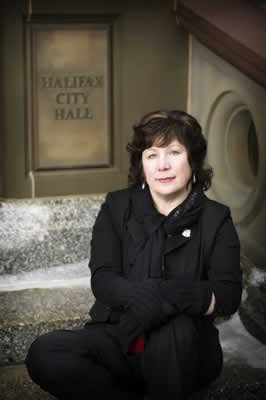 “The day was wonderful. It was empowering. It was enlightening.  It was a great opportunity for women to get together and that it is the time to the women’s movement and be the change we want to see,” says Barkhouse.

She was determined that the march wasn’t the end. They weren’t just going to go back to their “comfortable lives and forget about the things that still impact women.”

The are providing a list of speakers to touch on topics of interest to women, in hopes that they will leave this rally with questions for potential candidates in the upcoming provincial election.

Linda MacDonald, one of the chosen speakers, focuses largely on women’s health and human rights. MacDonald has been a human rights activist for almost 24 years and works specifically with women who have been tortured.

She says that in her work as a feminist she has come across research stating that, “Unless women’s rights are listed as a core concern in society, we don’t really evolve to the society that we can be. We don’t reach our full potential.”

MacDonald raises this issue in her upcoming speech to try and discontinue the trend of keeping women’s rights as a side issue in political discussions. She adds that the Women’s March “ women differently” into a larger, global platform.

“It’s timely. We have an election coming, and we’ll find out what our politicians are going to do to support women and girls’ human rights,” MacDonald says.

Jenna Brookfield, a health and safety activist, will also be speaking for the need to be more politically engaged.

“We have a tendency to tune out of politics. We just see so much negativity and it can be scary.”

Brookfield adds that these tendencies are playing right into the hands of those currently in power, “if we let that cause us to disengage.”

One of her main concerns is that politicians exploit votes from certain groups of society.

“My community, the trans community, is often targeted in other jurisdictions with the wedge politics, and the so-called ‘bathroom bills.’” Brookfield says that these prevalent topics are used in extreme cases and turn one group into something to be afraid of. This strengthens voting out of fear rather than hope.

She would like to see people consider what they would ask politicians when they show up on their doorsteps.

“We have to let them know that our votes are contingent on seeing some delivery on the issues that we are passionate about,” she says.

The of Nova Scotia Women Vote haven’t invited any politicians or candidates to speak at the event. Their interest isn’t in party promotion but rather equipping women with information to form these questions.

Barkhouse says that this movement and diverse group of speakers can plant a seed, and can have a direct impact on the upcoming election.

“I think people are going to look at things differently when they show up and not just take a pamphlet. The candidates should be prepared to answer some questions.”