This country's diversity wasn't created by government act. It was toiled over for centuries by Black, Indigenous and other marginalized peoples. 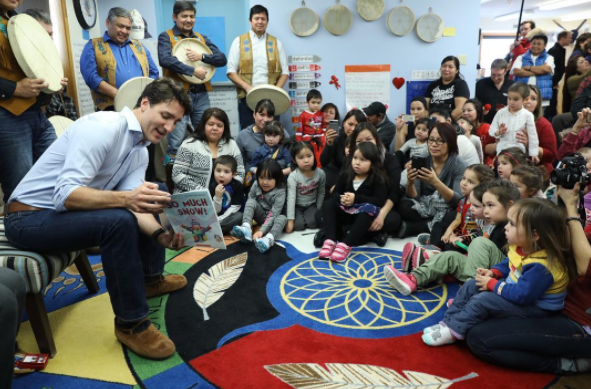 Canada is a concept. A concept that’s been formed on the basis of many myths. The myth of discovery by European settlers and the myth of are two that come to mind. However, there’s another myth that Canadians shy away from discussing; the myth of multiculturalism and how it came to be the centrepiece of Canada’s identity.

To uncover the myth of Canadian multiculturalism is to unearth past centuries riddled in historic injustice, genocide, slavery, segregation and racist government policy. In order to avoid the inconvenient truth, Canadians tend to begin the story in 1971, with the adoption of Canada’s official multiculturalism policy and its ratification thereafter in 1988.

An online study by Abacus Data in 2016 found that 59 percent of Canadians aged 18 and older cite “freedom to live as we see fit” as their greatest source of national pride. The Ottawa-based company's survey listed the country’s open-minded attitude “towards people who are different” as the second greatest source of pride.

This past Tuesday, prime minister Justin Trudeau gave a statement commemorating Canadian Multiculturalism Day in which he reminded Canadians that we have a “strong tradition of multiculturalism” that is at “the heart of Canada’s heritage and identity.”

Multicultural values were a central component of Trudeau’s election campaign. He ran on a platform that identified differences of race, cultural heritage, ethnicity, religion, ancestry and place of origin as strengths that would enhance the country’s prosperity. But it was Justin’s father, former prime minister Pierre Elliott Trudeau, who was the original “champion of multicultural values.”

The true story is that multiculturalism was not created with the stroke of a pen in parliament. It was toiled over for centuries by African Canadians, Indigenous peoples and other historically marginalized communities.

The first step in changing the narrative is to acknowledge that Canada has not always been a welcoming place. On three separate occasions, Black people that came to Nova Scotia left in mass exodus—to Sierra Leone in 1792 and 1800, and to islands in the Caribbean in 1821—after facing race riots, economic hardship and barriers to integration. Black, Chinese, East Indian, Japanese and Jewish people faced policies restricting their immigration into the early 1900s.

The second step is to recognize the long road that paved the way for multiculturalism to exist, including the work of African Nova Scotians who shook the foundation of institutional racism by forming all-Black trade unions, the all-Black construction battalion in World War I, a Nova Scotia chapter of the NAACP and the many individual courageous acts, such as Viola Desmond’s refusal to give up her seat in the “whites-only” section of a movie theatre.

The third step is admitting our failures, both historic and present, to uphold the value of human diversity and dignity. For African Nova Scotians, these wounds are less than a generation away, with the last house in Africville razed in 1970 and the last segregated school closure in Nova Scotia in 1983.

Senator Wanda Thomas Bernard has demanded formal recognition of the contribution of African Nova Scotians to multiculturalism in this country. Bernard has called for a national apology from the government and “reparations” for a “history of neglect” and injustices against people of African descent in Canada, as well as more work toward Canada’s relationship with Indigenous peoples.

“Until the critical mass that we all belong here in this country, that we all have a history that’s worthy of telling, then we will be in the same place 150 years from now,” she says.

How we continue to tell the story of multiculturalism in Canada will define our next 150 years. Together we must work to rewrite the pages of mythology to reflect the reality of Canada, each one of us as heroes in our own right with the power to transform the nation by our differences.