Organizer of Tuesday’s rally in solidarity with Charlottesville says racism amongst Halifax police, city council is very much alive and well. 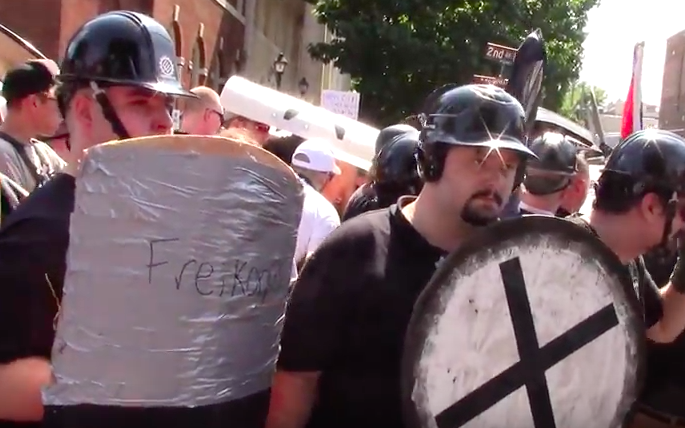 One of the voices behind Tuesday evening’s demonstration in solidarity with Charlottesville says fascism and white supremacy isn’t isolated to the deep south.

“It’s important to recognize the way the forces that animate the far right and white supremacists in the United States don’t stop at the border,” says Brad Vaughan, who's with the local activist organization Autonomy East. “They are very much alive and well in Canada and in Halifax.”

Hundreds of neo-nazis, KKK and alt-right extremists rioted this past weekend during a “Unite the Right” rally in the Virginia town. The violence claimed the life of social justice advocate Heather Heyer, who was killed when white supremacist James Alex Fields drove his car through a crowd of counter-protesters. Dozens more were injured, including Deandre Harris, who was beaten over the head with metal pipes.

Like anyone else with an “ounce of empathy,” Vaughan says he's "rattled and horrified" by the brutality seen in Virginia. Unfortunately, he’s not surprised.

“I think that white supremacists and the far-right have been given significant leeway to organize and utilized narratives of free-speech to prevent communities from confronting and challenging them,” he says. “I think this violence is a natural consequence of that process.”

That’s why Vaughan and other organizers are putting together this evening’s “Against white supremacy! Against the far-right! Solidarity with Charlottesville!” demonstration, scheduled for in Cornwallis Park.

Vaughan says staging the rally in front of the statue named for Halifax’s founder—who infamously ordered a proclamation for Mi’kmaq scalps—is meant to echo Charlottesville. The Virginia rally was organized in response to plans to tear down a statue of Confederate general Robert E. Lee.

“Part of why we’re having the rally at the Cornwallis statue is recognizing that parallel, the way that these sort of pieces of acceptable public celebrations of historical racism are still used by white supremacists.”

Public outcry to tear down Halifax's problematic memorial has sharply increased this year, leading to a recent demonstration where Cornwallis was ceremonially covered with a tarp (for a couple of hours). City council, meanwhile, has begun the methodical process to assemble an expert panel and study whether HRM should change the way it honours its founder.

With more and more American cities toppling their Confederate statues, many in Halifax have stepped up calls to mayor Mike Savage and council to do the same. Vaughan says the city’s slow dance with Cornwallis—along with the police department’s refusal to put a moratorium on its street check practice—exists on the same political spectrum that emboldens racist thoughts like those seen in Charlottesville.

“That sort of liberal, mainstream acceptable racist practice is really what provides fertile ground for the far right and neo-nazis,” he says.

A list of resources to help in Charlottesville, including GoFundMe pages for Heyer and Harris, can be found here.