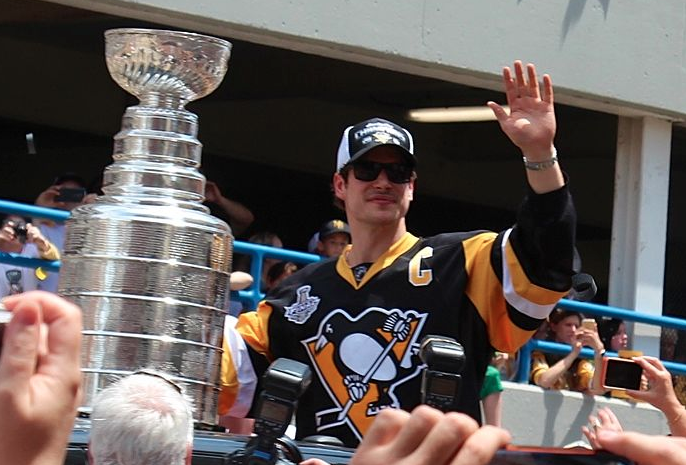 The Pittsburgh Penguins defended their upcoming trip to Washington in a press release Sunday, stating the team respects the office of the president.

“Any agreement or disagreement with a president's politics, policies or agenda can be expressed in other ways,” the Penguins write. “However, we very much respect the rights of other individuals and groups to express themselves as they see fit.”

The news release came the same day that hundreds of National Football League players, coaches and supporters took a knee, sat or raised fists during the playing of the national anthem—an unprecedented mass protest by professional athletes against the American president.

Trump has recently taken to using his position as leader of the free world to attack Black athletes he feels have disrespected him.

The president called former San Francisco 49ers quarterback Colin Kaepernick a “son of a bitch” who should have been fired for “disrespecting the flag.” Kaepernick regularly declined to stand for the national anthem during games to protest police brutality and racial intolerance.

Trump also took to Twitter to rescind an invitation for the Golden State Warriors to visit the White House—after star player Stephen Curry already had declined.

The president’s racially-charged tirades against private citizens have been condemned by many in the world of sports. Crosby’s fine with it, though. The Taylor Swift of hockey has no problem joining his Stanley Cup-winning teammates in Washington.

“I support it,” Crosby tells the Associated Press. “It’s a great honour for us to be invited there.”

Predictably, there’s been some blowback to the young, white celebrity trying to skate past Trump’s controversies. Noting that the hottest spots in Dante’s Inferno are reserved for those who remain neutral in times of moral crisis, the Toronto Star’s Shree Paradkar writes in a blistering editorial that Crosby and the Penguins didn’t “set politics aside” in accepting Trump’s invitation.

“Neutrality in a battle for human rights is a statement of support for the status quo that props up the powerful at the cost of the powerless,” Paradkar writes.

“This isn’t about the Penguins’ freedom to make their choice. Rather it’s what that choice says about them.”