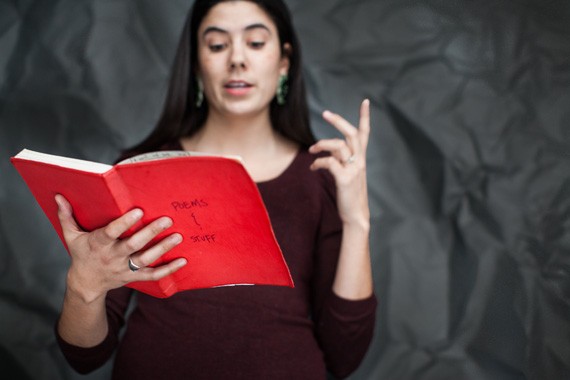 Halifax’s poet laureate says she’s “frustrated and sad” by comments HRM councillor David Hendsbee made to his colleagues via email.

“I think that goes to show the lack of perspective that some individuals have when it comes to acknowledging their positions of power,” says Rebecca Thomas.

Emails were obtained by The Coast via an FOI request, containing more than 500 pages of the councillors’ correspondence regarding Halifax’s founder Edward Cornwallis. Due to his violent history against the M’ikmaq people, members of the Indigenous community and their allies have spoken out against the glorification of Cornwallis, particularly Cornwallis park and his statue which stands there.

Thomas, a Mi’kmaw woman, spoke to Halifax Regional Council in April, performing a poem she wrote in response to city infrastructure being named after Cornwallis. Councillor Shawn Cleary later said Thomas inspired him to introduce a new motion for a public engagement on how HRM celebrates Cornwallis. However, it seems that Thomas’ words, then and since, have not reached every councillor.

“I don’t think he’s gonna change,” Thomas says of Hendsbee, who has gotten himself in hot water before for making insensitive comments. This time around, Hendsbee’s comments included joking about the peace pipe: a ceremonial pipe used by some Indigenous groups.

“Pipe carriers—that is a huge honour and that tends to get passed down through families,” explains Thomas. “It is a very big deal for you to be a pipe carrier. Not everyone gets that. You’re kind of chosen, you just can’t opt into it, and that is an incredible symbol of sacred culture. And to make light of that—It’s awe-inspiring in the ignorance, I guess.”

Thomas points out that it’s one thing to make a mistake out of ignorance and genuinely apologize, “but to have somebody like this who, in the face of conversation and correction, still blatantly denies and flexes his power in a way that’s really oppressive shows that he isn’t fit to represent ridings that have diverse individuals.”

On the other hand, it did make Thomas feel heartened to see fellow councillor Waye Mason call Hendsbee out on his remarks.

“To see someone like Waye who says these things publicly and privately, it’s—I don’t know. It goes give me hope, I guess, to see that.”

Halifax Regional Council is currently proceeding with an expert panel to examine how the city commemorates Cornwallis.