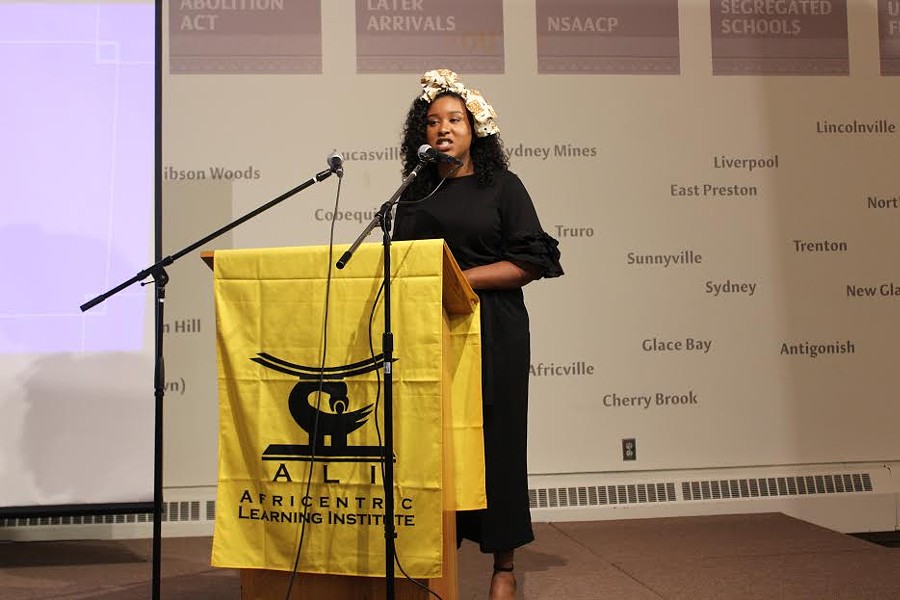 What started as a Canada 150 project focusing on the stories of African Nova Scotians will continue beyond its original December deadline. “The project has received immense support,” says Harvi Millar.


Millar is a professor at Saint Mary’s University, and he runs the YouTube channel for the Africentric Learning Institute. In October, ALI applied for funding from the Canada 150 program for “African Nova Scotian Experiences in Canada: 150 Legacy Stories” in October. Since they didn’t get approval until May, Millar realized it would be next to impossible to create 150 videos in the planned timeframe. Now, they’re just putting together as many as they can.

“We thought, ‘Wouldn’t it be nice if we could create a group of people who can use their mobile devices?’” explains Millar. “Instead of consuming, why don’t we use the technology to produce something—to make a contribution?”

Sarah Poko and Nzingha Millar (Harvi’s daughter and a former Coast intern) teamed up as project coordinators. As Poko and Nzingha have both studied journalism at King’s, they held three workshops to teach people to be “citizen journalists” with the tools that they had. Last Wednesday, a screening of stories that have been produced so far took place at the Black Cultural Centre for Nova Scotia.

“We give them the tools. That is, how to interview people, how to edit, how to frame an interview shot and all of that,” says Poko. “But it’s up to them to decide, OK—which story do you want to tell about your community and about your day-to-day life as an African Nova Scotian?”

The official Canada 150 project will end in December, but ALI wants to continue helping people record and share legacy stories. The hope is that this will help tell African Nova Scotian stories more widely, and maybe encourage more African Nova Scotians to pursue journalism in their studies.

“Yes, we need to put some pressure for these [media] institutions to be more responsive, to be more inclusive,” says Millar. “At the same time, we have a whole bunch of people who are on their cell phones, who have a piece of technology that is readily available to them—that they could actually help to change the landscape or the image of their own communities.”