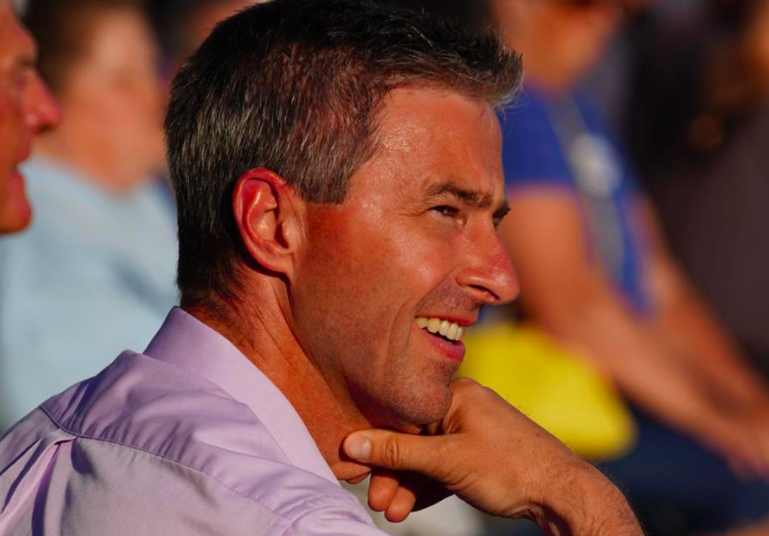 Progressive Conservative MLA Tim Houston is facing some ethical questions—and firing back at his political opponents—after having his name discovered in a leaked database of offshore business dealings.

The news was announced by Nova Scotia’s NDP in a press release Thursday afternoon. Meredith O’Hara, spokesperson, says the party’s researchers are confident the Timothy Jerome Houston listed in the Paradise Papers is the same Tim Houston who’s now MLA for Pictou East.

Houston spent 12 years living in Bermuda before returning to Nova Scotia in 2007. The chartered accountant was first elected as MLA for Pictou East in 2013. He won his re-election race this past spring. Last weekend he became the first Tory to announce a bid for party leadership following the withdrawal of Jamie Baillie.

The Paradise Papers were revealed earlier this month as part of a partnership between CBC, the Toronto Star, the International Consortium of Investigative Journalists (ICIJ) and dozens of other reporters around the globe. The leaks contain some 13 million documents involving offshore holdings, with five times more Canadian companies and individuals listed than in last year’s Panama Papers.

Former prime ministers, the Queen of England and Trudeau-government donors have all shown up in the leaked data, which shines a light on how wealthy Canadians are able to pay little or no taxes at home by putting their money into offshore trusts and corporations.

“The question needs to be asked, does Tim Houston think it’s appropriate that the wealthiest citizens avoid paying their taxes while low-income and middle-income individuals pay their fair share to support health care and other public institutions?” asks NDP leader Gary Burrill in Thursday’s press release.

In a statement to The Coast, Houston says his time in Bermuda—during which he worked to “help a variety of companies reach their full potential”—is common knowledge. The MLA accuses the NDP of “sloppy” research that “shows a willingness to make knee-jerk decisions without the facts,” and downplays any insinuation of evading taxes.

“This issue has nothing to do with Canadian taxes and certainly doesn’t have anything to do with personal taxes,” Houston writes. “Taxes are a fundamental part of how our society functions and helps us provide quality infrastructure and services to our communities that lead to better lives for everyone. Companies and business owners need to play by the rules and pay their taxes like everyone else.” 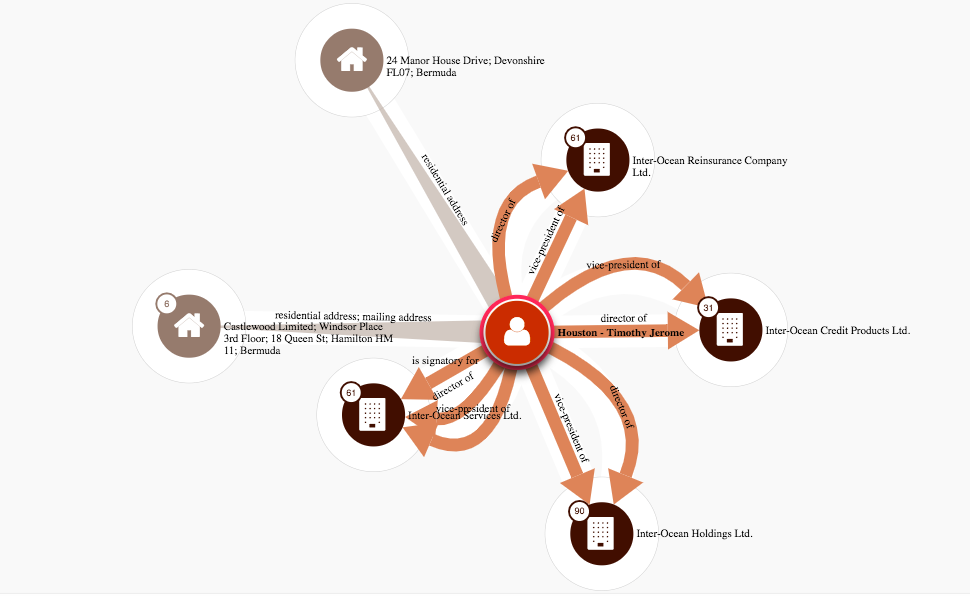 Houston is named in the documents as director and vice-president for Inter-Ocean Holdings—and several other related Inter-Ocean sister companies—from 2006 to April 30, 2007. His name also appears as the director of a number of other Bermuda-based holding companies, including Oceania, Bantry and Blackrock.

Bloomberg describes Inter-Ocean as offering “reinsurance services in Bermuda and Ireland.” The company was founded in 1990, and purchased in 2007 by the Enstar Group. A Securities and Exchange Commission filing by Enstar from 2007 lists Houston as the manager of financial projects with holding firm Castlewood Ltd., and a former employee of Deloitte Bermuda.

“ Houston is responsible for overall run-off coordination, including day-to-day operations, litigation and arbitration support and commutation negotiations,” reads the document.

There are legitimate uses for offshore companies and trusts, and someone appearing in the CJIJ’s database doesn’t mean or even imply that they’ve broken the law or otherwise acted improperly.

Offshore investments are not illegal in Canada, provided the revenues are declared to the Canada Revenue Agency. The CRA has said it's currently reviewing Canadian persons and entities listed in the leaks.

Houston will be visiting his childhood neighbourhood of Fairview this weekend for his first ever Halifax publicity event as a PC leadership candidate.