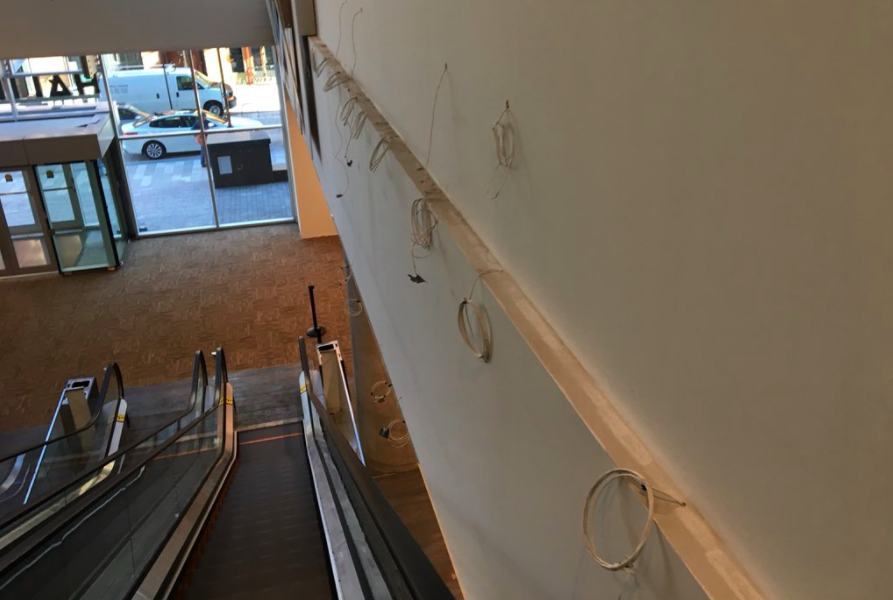 A still-unfinished Halifax Convention Centre hosted a grand opening for media and dignitaries Friday—nearly two years after it was supposed to be completed.

As documented social media, the convention centre’s interior is still lacking drywall in some areas. Several escalators are non-functioning and wires are sticking out from the walls.

But despite the work in progress, government representatives on hand were eager to offer their praise.

Treasury Board of Canada president Scott Brison said the building confirms Nova Scotia is a “world-class destination” and represents the kind of “innovative” investment that is “vital to creating middle-class jobs.”

The $169-million project is funded by all three levels of government and is part of developer Joe Ramia’s larger Nova Centre doomsday device.

It was originally supposed to open in January of 2016, before being pushed back to September, then spring 2017 and eventually this December.

And it’s still not ready. The substantial completion date for the convention centre remains up in the air as finishing touches are added, and the province negotiates interest amounts and other details on the 25-year lease it will enter into with Ramia’s Argyle Developments.

The federal government will cover its $51.4-million upfront share of the building’s cost upon substantial completion. The province and the municipality will finance their payments over the lease’s 25-year span.

There are 90 events booked for the convention centre’s first year of operations, which Events East coordinators say will bring in 75,000 delegates. Half of those events are national or international.

A welcome weekend for the public to see the unbaked convention centre it’s paying so much for will take place January 12.