A decade late, Halifax police close the book on its Drug Exhibit Audit 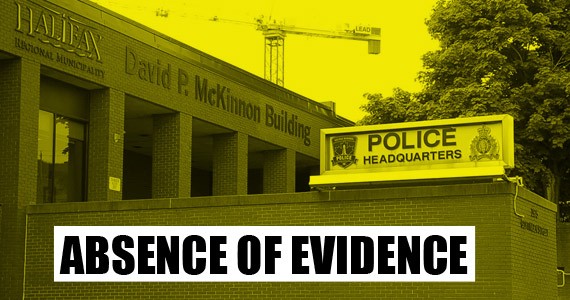 Jim Perrin isn’t happy with the results of the final Drug Exhibit Audit, but he’s confident Halifax Regional Police will be a “better police department” because of its findings.

The Criminal Investigations Division superintendent presented his final audit update to the Board of Police Commissioners on Tuesday, closing the book on a two-year black eye for the department that’s still unable to locate thousands of exhibits.

Over $8,000 in seized cash, 30 kilograms of cannabis, 1,900 cannabis plants, three kilograms of cocaine, 5,400 opioid pills and more than 2,000 additional smaller drug exhibits are all still missing and presumed destroyed.

“Certainly we’re not pleased with the results,” Perrin told reporters after the meeting, stressing that at no time did the force believe any of the missing exhibits were stolen by officers.

“If we had come across that, we would have dealt with that...That being said, we couldn’t physically account for some of these items. We believe they were destroyed, but we can’t conclusively say that for a variety of reasons.”

The final audit blames decades of shoddy paperwork, incomplete training and faded exhibit tags for the thousands of items still unaccounted for and presumed destroyed.

As an example of just how bad record keeping was, some of the large drug exhibits listed in official records may have never been in police possession in the first place.

The years of improper, possibly illegal evidence controls include “learning moments for everybody,” says Perrin.

“I think there’re assumptions we can make sometimes as leaders that everything is going along as it should. Unfortunately, sometimes you’re awoken by an incident that happens and when you look a little deeper, you think that things haven’t been going as well as you thought they have.”

The original audit—conducted over the summer of 2015 and released to The Coast a year later under a Freedom of Information request—found a nearly 90 percent failure rate for evidence continuity. Drugs were often stored in Ziplock bags with incomplete paperwork, exhibits were routinely destroyed in batches without documentation and the storage area lacked basic security measures such as security cameras. Close to 25 percent of the evidence exhibits and over half of the seized cash in police possession couldn’t be located.

“We're humans,” Perrin says. “We're people that are doing these processes, and from time to time there are going to . So don't only judge us for the mistakes that we make, but judge us for how we respond to those mistakes.”

The department has since implemented all 34 of the audit’s security and safety recommendations and will be conducting full inventories of its evidence lockers on an annual basis.

“This has not been comfortable for everybody involved, and guess what? It shouldn’t be comfortable,” councillor Steve Craig told the board. “Confidence in is paramount.”

Only one possession charge on one court case was impacted by the thousands of missing exhibits, say police. The Crown withdrew that charge after being informed the evidence was unlikely to be found.

When the audit’s findings first became public, defence attorneys routinely contacted prosecutors wishing to see exhibits related to their files. Perrin says the department handled all those requests as they came in, but no other charges, convictions or cases were impacted.

“This has been a difficult process, but I think we tackled it head-on,” says the superintendent. “We didn’t try to hide it...and I think we’ve made things better.”

Widespread problems with HRP’s evidence control system were known about internally since at least 2007, and possibly much earlier.

Former detective Tom Martin told The Coast in 2016 he had been accused of stealing evidence after two sergeants mistakenly destroyed exhibits without authorization.

In 2007, a management review of the Integrated Drug Unit concluded that evidence being stored improperly was common.

“The circumstances and practices that were observed have a higher than acceptable risk to cause damage to the integrity of exhibits and to cause embarrassment to the organization.” [Emphasis: HRP] 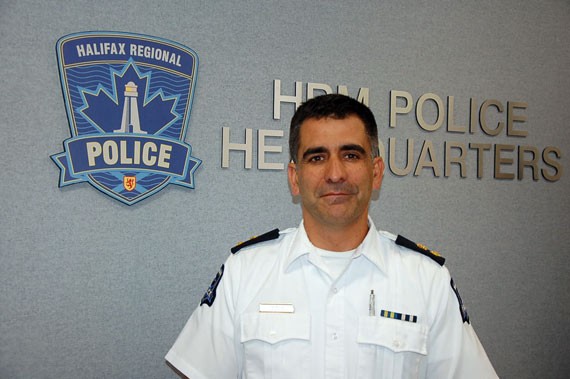 Another high-level evidence control audit conducted in 2014 found not much had changed. There were unsecured exhibits, security risks, a lack of training and a gargantuan backlog of items all past the mandated curfew for destruction sitting on the shelves.

Months later, the Serious Incident Response Team charged detective Gary Basso with stealing drugs from the evidence room. Charges laid from that investigation were dropped by the Crown a few months later.

In the wake of Basso’s alleged crime, the department began a full Drug Exhibit Audit. A draft version was complete by September 2015. On November 5, narcotics detective sergeant Darrell Gaudet emailed several high-ranking HRP members—including Perrin—that the money vault was “insecure” and there was no clear record of “who is going in at what time and for what.”

Perrin previously told The Coast he only saw the complete draft audit several months later, in February of 2016. Chief Blais was briefed on it three months after that.

The audit's conclusions were not disclosed to the board of commissioners, the Public Prosecution Service or defence counsels until reported on by this newspaper.

Talking to reporters on Tuesday, Perrin had little to say about past decisions made by the department or why the warnings issued in 2007 didn’t fix the evidence control system a decade earlier.

“I’m sure when it happened it was [followed up on]. But over time you probably—and again I’m making an assumption here—but over time it didn’t seem as important as it did in 2007, and other priorities crept into play.”

He promises that won’t happen again.

“Part of the work we’re doing today is not only to fix this issue today but that 10 years from now the police leaders aren’t trying to look in the rearview mirror and fix what happened 10 years ago.”