“It’s a time we have to be more careful,” says councillor about sexual misconduct accusations against his political mentor, Peter Stoffer. 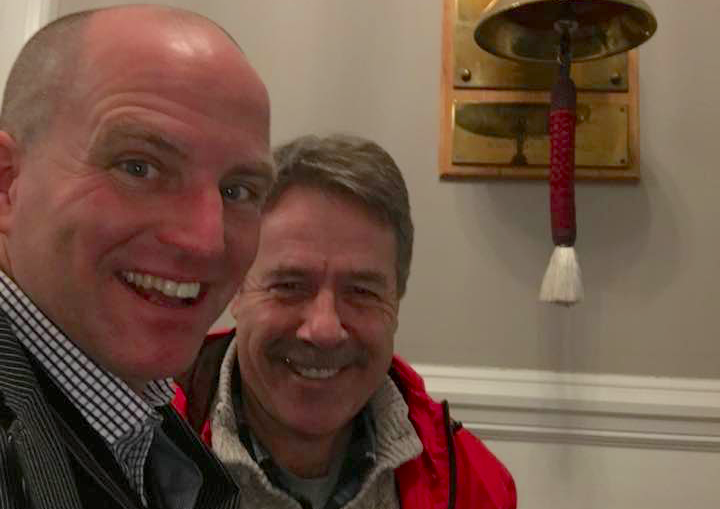 Matt Whitman warns that politicians need to be more careful about who they embrace, given the rising number of sexual misconduct complaints against elected officials.

Speaking to reporters Tuesday at City Hall, the Hammonds . Margarets councillor lamented how changing times are impacting the behaviour of men like him in politics.

“You can’t be quite as free with your hugs and with your compliments and talking to strangers,” says Whitman. “It’s a time we have to be more careful. So I think that’s what’s coming out of it. But I think it’s a shame that folks might not, sort of, voice their compliments to people. You know, ‘Nice hat.’”

Allegations of sexual misconduct have recently been levelled against two former politicians who Whitman says were his mentors.

Former Progressive Conservative leader Jamie Baillie was forced to resign last month after an independent investigation concluded he had behaved inappropriately towards a party staffer.

Over the last week, the National Post has published several stories of alleged sexual impropriety by former NDP Member of Parliament Peter Stoffer.

Whitman tells reporters he’s disappointed if the accusations against Stoffer are true, but he didn’t want to comment on any specifics.

“It’s not for me to say if someone’s allegations are true or not,” he says. “There’s an awful lot of allegations coming in. I’ve seen a lot of them.”

Whitman unexpectedly appeared at a press conference Stoffer held last Friday, where the former MP denied ever sexually assaulting or abusing anyone. Despite the refutation, Stoffer still apologized to anyone who he hurt through inappropriate comments or his “friendly” demeanour.

Whitman tweeted while at the press event that Stoffer is a “class act.” He followed that up by presenting a hypothetical scenario seemingly conflating complaints about his own social media use with the allegations against his political mentor.

“Ten years ago an MP in Ottawa kissed a staffer on the cheek. Ten other MPs witnessed it and did nothing! Just hypothetical. No need to send complaints to clerks@halifax.ca.”

In a direct message to The Coast last Friday, the councillor said he remains a “big fan” of Stoffer and only believes the details he read in the Post.

“She was kissed on the cheek in front of 10 MPs and no one did anything,” Whitman writes.

As reported in the national newspaper, former NDP staffer Lauren Dobson-Hughes says Stoffer groped her waist and kissed her hard enough near her mouth to leave saliva drooling down her cheek.

Asked if that was appropriate behaviour for an elected official to make towards a staffer, Whitman replied “TGIF.”

Since the initial story was published, several other women have come forward in the media and online with stories about Stoffer’s past inappropriate behaviour. The accusations range from uncomfortable inquires about young women’s sex lives, to grabbing bodies, unwarranted invitations for sex and belittling behaviour.

“In my time as a staffer and as a member of and federal council, Peter Stoffer is the only person that made me continually feel disrespected, uncomfortable and insignificant just because I was a young woman in politics,” writes Allyson Marsh on Twitter.

Despite the accusations, Whitman says he still appreciates all the work Stoffer has done over the years for veterans. The councillor worries now that Stoffer is stepping back from the “speaking circuit,” those veterans won't have the same strong advocacy.

“That’s a sad casualty of the process.”

Whitman is currently facing a record-setting number of public complaints about his own behaviour, stemming from online posts made after HRM toppled Edward Cornwallis’ statue.

But when it comes to sexual misconduct, the councillor says he’s in the clear. He unequivocally states that he’s never behaved in a sexually inappropriate way.