Restaurant owners respond to allegations circling on social media that were first brought to their attention in December. 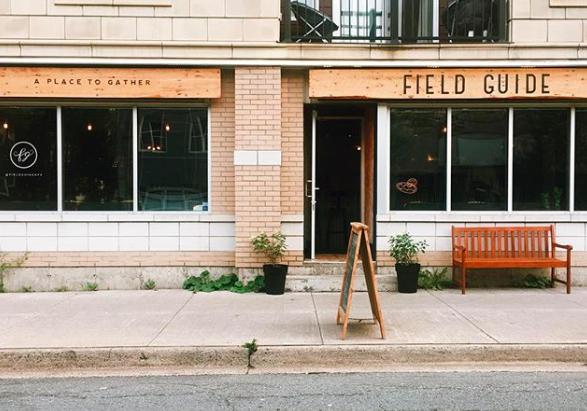 The local restaurant industry continues to reckon with the sexual misconduct of its employees.

Field Guide on Gottingen Street has parted ways with an employee over an allegation of sexual assault that was originally brought to the attention of the restaurant’s owners back in December.

Co-owners Ceilidh Sutherland and Dan Vorstermans posted a public statement Monday evening on the company’s Facebook addressing rumours that have circulated over the last week on social media.

“To our customers, friends and colleagues in the industry,” it reads. “We would like to take time to address allegations that have come forward regarding a Field Guide employee's behaviour outside of the workplace. Because of how these allegations were brought to our attention, the staff member has decided to step down.

“We recognize that this is a very difficult time for all involved, our staff and the industry as a whole. We recognize the importance of believing those who bravely come forward. We stand with our community and colleagues as we navigate these difficult but extremely important issues together, understanding that this type of behaviour has no place in our society.”

Field Guide was first made aware of allegations in early December of last year when the owners received an anonymous email from a woman who says she was assaulted by the former worker.

The woman is not a Field Guide employee, and the alleged incident happened outside of the workplace at the man’s apartment. The Coast is choosing not to name the woman or man in question, at her request.

In the December email, the woman recounts meeting up with the man late one night for pizza a year prior, after first messaging on Tinder. They returned to his apartment and made out for a period of time on his bed, which she says was consensual. After laying next to each other on the bed, half asleep, she says he began pressuring her to continue by touching her, reaching into her clothes and grabbing her body. She says she repeatedly moved his hand away, saying she was too tired and eventually pretended to be asleep in hopes it would stop.

“It was clear I did not want it,” she writes.

It took her six months to admit to anyone she was assaulted. She writes that she still feels a need to “prove” it since she didn’t leave when she should have and “sort of allowed things to happen in an effort to get them to stop.”

Wanting to ensure the man wasn’t harming any women at his workplace, she says she decided to contact Field Guide.

“I hoped I would get an email response, but all I was really hoping for was, ‘Thank you so much for telling us this,’” she says. “I didn’t need a concrete action. I really just wanted recognition from them that they read my email.”

Field Guide didn’t reply, causing the woman to feel the restaurant was protecting its employee with its “non-response.”

Sutherland acknowledges not responding right away but tells The Coast she was going through a difficult period in her life and didn’t have the strength to reply at that time.

“It really made me absolutely question who I was as a feminist and a woman because I didn't have the ability to help this woman,” she says. “Unfortunately, I just waited too long.”

The business owners both say they believe the woman’s story, and stress that actions were taken internally.

“I assure you, we spent many, many hours talking about it,” says Vorstermans.

There have been no other complaints or issues with the employee in question, Vorstermans says. All Field Guide staff were asked if they had ever felt unsafe or uncomfortable and “unequivocally” the response was “absolutely not.”

But after a negative Yelp review referenced the allegations, the owners say they met with the staffer and it was mutually agreed that if anything else happened he would willingly stop working for Field Guide.

“They felt it was unfair that our business was being pulled into this situation because it was a personal issue of theirs, that they felt like was their responsibility to deal with,” Vorstermans says.

The allegation resurfaced again last week after The Coast published its cover story on multiple sexual misconduct claims against Two If By Sea co-founder Zane Kelsall. Local social media accounts began sharing the story, tagging Field Guide and calling out the restaurant for “protecting” its employee.

Vorstermans says the “self-imposed consequence” of the employee leaving was a direct result of those calling out Field Guide on social media.

“Basically, we felt like our hands were tied,” he says. “There was an expectation for us to make a very quick, very rash decision.”

“People were tagging us and two minutes later sending us DMs saying ‘What, you don’t have any response to this?’” adds Sutherland.

But the victim says she never asked for the staffer to lose his job back when she first emailed Field Guide. She originally reached out just to let the restaurant know it was employing someone who assaulted her.

Sutherland says she assumed the woman wanted the employee fired because her email asked for “serious professional repercussions.”

During a phone conversation last week—a recording of which was given to The Coast—the woman explicitly tells Sutherland she didn’t ask for the employee to lose his job.

“When she said that, I just immediately was filled with a sense of dread because I’ve just made a huge, huge mistake,” says Sutherland. “I didn't know what a serious professional repercussion was that didn't involve firing or having that person leave.”

The Field Guide owner says she’s now “back to square one of having no idea where to go from here” when it comes to supporting victims, women and her staff.

“How do you help the victim to feel heard and safe and listened to?” she asks. “I just want everybody to be OK, but it's so unrealistic and it's what makes owning a business fucking impossible.”

Contacted Monday evening, the woman says she has no opinion on Field Guide’s public statement. While she’s glad her concerns have finally been acknowledged, she only wishes it had been handled differently from the start.

“I don’t feel satisfied with the execution of the outcome,” she says. “The way it played out was not ideal, and I wish that this could have been handled quietly when I first sent the email in December.”

with files from Melissa Buote