"We are deeply saddened to hear via social and traditional media outlets that workers at another business serving our coffee are allegedly not being treated well by their employer." click to tweet
Effective September 1 of last year, Smiling Goat’s Kit Singh took ownership of both the Spring Garden and King’s Wharf locations of Just Us! Coffeehouse. A union for Just Us! staff had been formed a few years earlier, and the union remained in place for those two particular cafes. 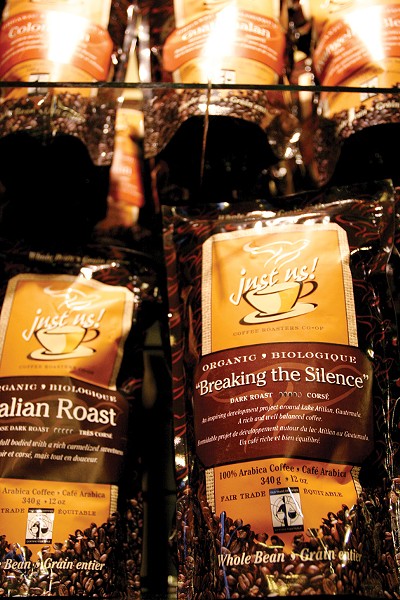 Friday afternoon, staff of the other four Smiling Goat locations voted on whether to join the Service Employees International Union—SEIU Local 2. During a press conference following the vote, staff spoke out about the unfair treatment they’ve experienced while working for Singh, as The Coast reported last week.

“The first time one of my paycheques bounced it was December 22, three days before Christmas. I was confused and irritated but was given a replacement cheque and assured it was a one-time occurrence,” said Emerson Roach at the press conference. “Since then I’ve had five paycheques bounce, three of which have been reimbursed.”

The Just Us! statement reads: “In 2017 we sold our two HRM locations in good faith. One customer out of the 800+ we serve appears to be acting in a manner we do not condone. We will work to resolve the underlying concerns within the parameters we are allowed and able.”

The statement may be read in full below.