Nobody knows how much HRM will have to pay, but everyone agrees it'll be a lot more than initial expectations. 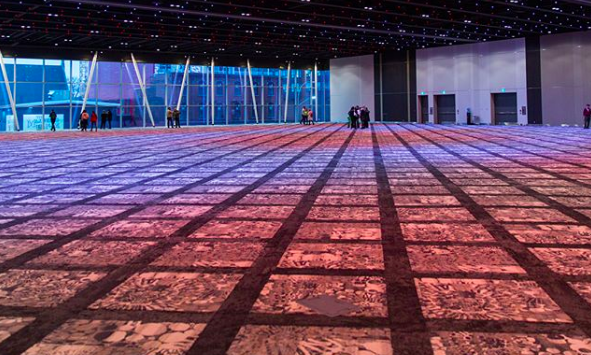 City council is finally coming around to the notion that the Halifax Convention Centre might not be the boffo moneymaker that was promised.

Halifax’s elected leaders begrudgingly voted on Tuesday to pay an additional $301,500 in marketing costs the province claims we owe for setting up downtown’s new crown jewel.

The city also agreed to pay its share of operational costs for the finally completed convention centre, despite not knowing what that figure will be.

Originally, the number was pegged at $650,000. But it could easily increase given that managing Crown corporation Events East has yet to deliver a five-year business plan, annual report or budget.

Worse yet, new financial figures brought to are showing a planned $1.8-million shortfall in the city’s HCC reserve fund has nearly doubled to $3.5 million. Likewise, the $6-million surplus that was supposed to be in the bank after 10 years of convention centre operations has been drastically and severely reduced to a projected $18-million deficit.

The question now for is just how far into the red the convention centre will fall, and what’s in place to stop that from becoming HRM’s burden to carry.

“I don’t like what’s happening here,” deputy mayor Waye Mason said at Tuesday’s meeting. “I have a deep and increasing foreboding right now and I don’t have a way to address that.”

The convention centre is part of the larger Nova Centre complex—owned by Joe Ramia’s Argyle Developments—and leased by the province. The municipality shares operating and capital costs for the HCC through a 50/50 agreement with Nova Scotia.

Halifax had planned to pay its share of those costs out of property taxes taken in from the larger Nova Centre. But the glut of downtown office construction has undermined the financial projections made back in 2010. The Nova Centre stands 70 percent vacant at present, causing an extreme shortfall in tax revenue.

Just how bad are the financials? Enough that councillor Sam Austin wondered if we can renegotiate our deal with the province.

The Dartmouth Centre councillor pointed out that provincial revenues for the Convention Centre come from sales tax earned off conventions and aren’t impacted by the vacancies. Only HRM’s property-tax piggy bank is taking a hit.

Some of his colleagues were less hopeful.

“I don’t see that we’ve got a whole lot of wiggle room here,” said Richard Zurawski. “The die has been cast, and all we can hope for is an uptick in the economy.”

Municipal staff will return in coming months with a new business case for how to deal with the oncoming $18-million storm.

Those numbers, by the way, are a best-case scenario provided assessment values start to recover in five-to-seven years time.

Meanwhile, tax revenue off the Nova Centre will remain below expectations until the complex’s office tower is fully leased and its hotel up and running. City staff predict that’ll be another 18 months.