Members voted on the new designation, which still needs to be approved by the Registry of Joint Stocks, after service this past Sunday.

“The intent of the name change is to identify ourselves by a name that better reflects the church’s values with an eye to the church's work in the future,” senior pastor Rhonda Britton states in a press release announcing the news.

“The change also supports our First Nations sisters and brothers in their continued efforts to educate the public regarding the violence and mistreatment they have endured, as we all become more mindful of those we choose to honour and celebrate in history.” 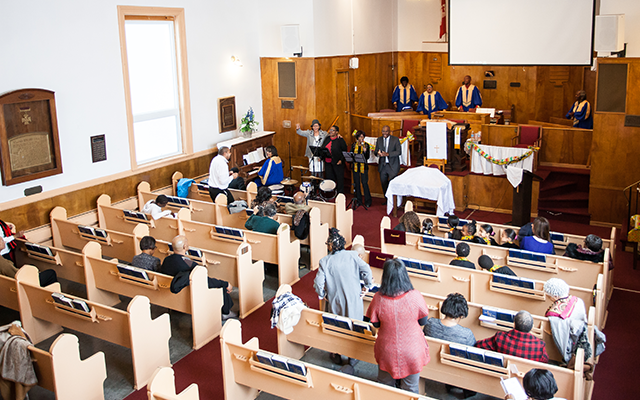 The historic north end place of worship was founded in 1832 and has long been a vital resource for the African Nova Scotian community.

But in recent years, the namesake of the street on which the church still stands has faced increased scrutiny about his violence towards the Mi’kmaq nation.

Former governor Edward Cornwallis infamously issued a proclamation for Mi’kmaw scalps the same year he founded the city of Halifax.

Last year, in recognition of its ongoing collaborations with Indigenous communities and the church’s history of addressing social injustice, members at the Baptist Church’s annual meeting passed a motion to change their name.

The decision sparked headlines across the country and the inevitable racist backlash. On Twitter, Britton shared a letter she received from one angry Canadian calling her an “anti-white racist” who needed to “get over your whining.”

Britton responded that she was “#PrayingForThisPoorSoul.”

Cornwallis’ history is still attached to the north end street and south end park that both bear his name, and the statue forged in his image that's currently hidden away in a secret location while HRM figures out what to do with it.

New Horizons celebrated its name change on Sunday with a sod-turning ceremony to kick off the building’s planned renovations, which are scheduled for later this summer.