“We’re not considering that and that’s not something we would believe appropriate under the circumstances.” 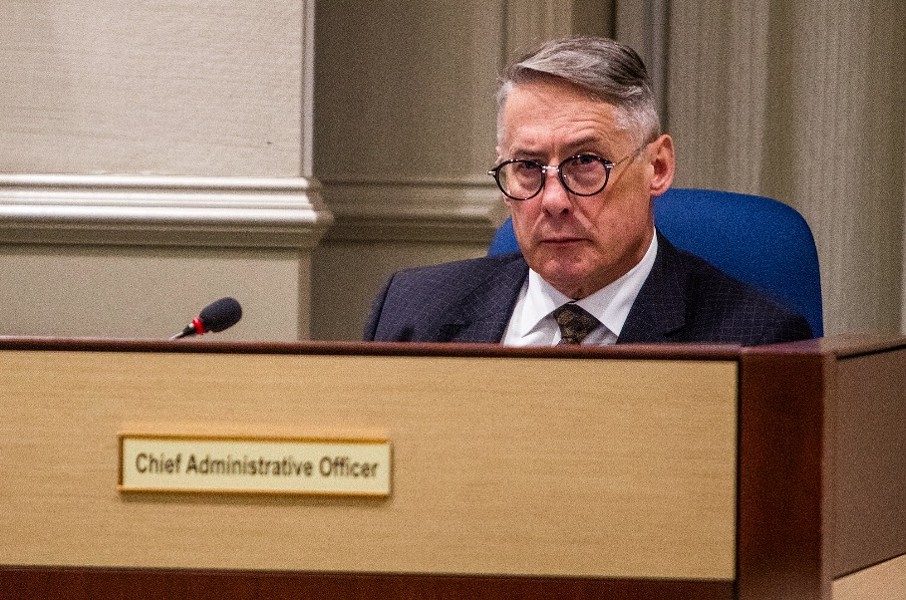 The municipality’s top manager and the transit union's president are both laying the blame on each other for the decades of racial harassment that occurred inside Halifax Transit.

Despite the confusion, chief administrative officer Jacques Dubé doesn't think a public inquiry is needed to find out who should be held accountable.

“We’re not considering that and that’s not something we would believe appropriate under the circumstances,” Dubé said Tuesday afternoon.

The CAO publicly apologized on behalf of HRM last week after a board of inquiry determined multiple workers had faced racial harassment, abuse and targeted discrimination over a period of several years—from 1999 to at least 2006—while working at the transit garage in Burnside.

Board chair Lynn Connors found the city vicariously liable for the toxic workplace because multiple complaints had been made throughout that period about former employee Arthur Maddox, yet little changed.

Maddox regularly used racial epithets towards his coworkers and admitted during testimony to threatening Black employee Randy Symonds with physical violence. He was briefly fired in 2001 after trying to assault Symonds at work.

Members of the Amalgamated Transit Union voted at the time to fight the termination. The municipality eventually settled the grievance, offering Maddox his previous job back and six months worth of back pay provided he write an apology letter to Symonds. The agreement also said Maddox's past behaviour couldn't be used against him in any future disciplinary matters.

Maddox remained on HRM's payroll until he was fired last week, just before the board of inquiry's decision was released to the public.

“The rules of natural justice” had to prevail, says Dubé. He couldn't be terminated until the Human Rights inquiry made its decision.

“We couldn't presume the outcome of that,” says the CAO. “We had to wait for the actual formal response and then when we did, we took action immediately.”

Dubé also blamed the collective bargaining agreement with ATU, which he says allowed the union to “set the clock back” on an employee's disciplinary record.

But ATU president Ken Wilson is firing back against the claim his union's contract is what kept Maddox employed.

Wilson was at City Hall for several hours Tuesday, waiting for to ratify Halifax Transit's new collective agreement. The contract was eventually approved 14-0, averting any fears of another transit strike.

After the vote, Wilson deferred any further comment on the Human Rights decision pending a forthcoming public statement.

He did say, however, that the union has an obligation under provincial law to represent its members. The decision to settle and let Maddox come back to work, on the other hand, was made by city hall.

The explosive behaviour inside Halifax Transit is the latest case in a growing file of widespread discrimination running through the municipality's workforces.

Firefighter Liane Tessier received an official apology last December after her complaints about gender discrimination were ignored for years. More recently, African Nova Scotian employees in HRM's operations department protested outside City Hall, demanding an update on an internal report from 2016 that found racism in their workplace.

“There’s no doubt there’s been racial discrimination, racial harassment within HRM,” says Dubé, “I would say there’s much less of that now because of the actions we’ve taken.”

Halifax, he says, has accepted all the findings from the board’s decision and has complete faith in the investigation done by the Human Rights Commission. Transit managers have been retraining employees and holding supervisors more accountable over the past few years. There's now “zero tolerance” for racist behaviour and bullying.

“We’re making good progress on this,” says the CAO. “Although, there’s still much to be done.”

Nevertheless, the advocacy group Equity Watch—formed by Tessier and other supporters earlier this year—is still calling for a public inquiry into the abuses at Halifax Transit.

It's not needed, counters Dubé. Despite there being “numerous processes over time in relation to a number of individuals within Halifax Transit,” these problems aren't systemic.

“At the end of the day, this is an organization that employs over 4,000 people,” Dubé says about HRM's workforce. “There’s probably in the range of 10 to 12 complaints per year. Some of them are complex. Some of them take longer [to resolve].”

As reported Monday, HRM is still fighting the amount it will have to pay out in damages for Maddox's action.

Municipal lawyer Randolph Kinghorne is also arguing against the Human Rights Commission imposing any policy changes on Halifax Transit's administration, stating “There's nothing you can order that isn't being done now.”