Agropur apparently has plans to disrupt the way we think about ice cream. 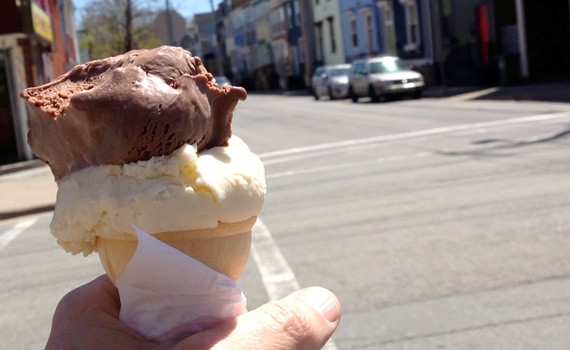 The presumably bold and world-class ice cream will be produced at the former Scotsburn plant in Truro.

Agropur purchased the Nova Scotian company two years ago to expand into the ice cream market. The multi-billion-dollar company subsequently laid off 346 people in Atlantic Canada.

Scotsburn was itself a previous recipient of government funding. The province gave the company a $5.5-million loan toward its expansion back in 2013, repayable over 15 years. NSBI also gifted Scotsburn with a $480,000 forgivable loan for job creation and another $2 million for a “novelty ice cream machine.”

As announced Tuesday, tree fruit cooperative Scotian Gold will also receive a $477,333 rebate from NSBI to expand its storage technology, equipment and software “in order to increase fruit quality and extend the marketing season.”

The Coldbrook company stores and packs over 50 of the province's apple productions.

Nova Scotia's Innovation Rebate Program offers a 25 rebate for projects with costs between $2 million and $15 million and is only paid out once the project is complete.

Both Agropur and Scotian Gold are eligible for the maximum amount provided they complete their innovative new projects within three years.