WE Day Atlantic not happening

Non-profit walks away from $65,000 in municipal funding but promises it'll be back again next year. 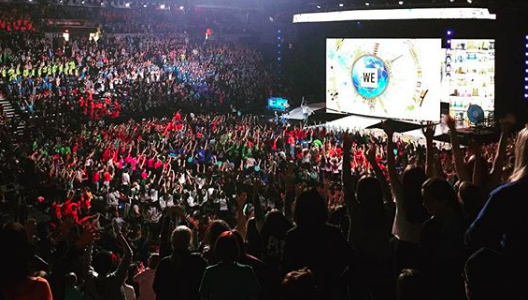 For the first time since 2013, there will be no WE Day in Halifax.

The Canadian non-profit confirms it has no plans to host a WE Day Atlantic this year, even with $65,000 in public funding available from the city.

“Thank you for reaching out,” said WE Day’s press team via email. “ Day Atlantic Canada returns in the 2019/2020 school year. Date to be announced in 2019! Let us know if you have any questions at all.”

Follow-up questions about why the event was not taking place this year were not answered.

Day is run by WE Charity, an international non-profit that promotes youth volunteerism to aid children in developing nations by hosting star-studded stadium shows. Last year’s Day Atlantic was attended by 8,000 youth and educators, and past events have featured appearances from Margaret Trudeau, Joseph Boyden and a performance from Gord Downie.

But WE Day has also faced public criticism for its business practices. A recent investigation by news site Canadaland revealed that WE connected to at least three corporations known to use child and slave labour in their supply chains.

Day Atlantic has already received $380,000 in public funding from HRM since its first event five years ago. The non-profit is in the final year of a three-year funding agreement with the city worth nearly $200,000.

City spokesperson Victoria Martin says the charity would be required to re-apply for any funding next year or for any future events, but couldn't say definitively what will happen with this year's current $65,000 allotment because HRM is still waiting for a cancellation notice from WE Day.

“Until we receive communication directly from WE Day, staff would not be able to comment on their funding,” says Martin. “The general practice if an organization which is receiving event funding were to provide official cancellation correspondence, then the event grant amount would be released back to its funding source.

Even without an Atlantic Canadian event this year, WE Day doesn't show signs of slowing down. This fall has already seen WE Days hosted in Ontario, Alberta, Manitoba and New York. Events in Ottawa and Vancouver are scheduled for later this month.