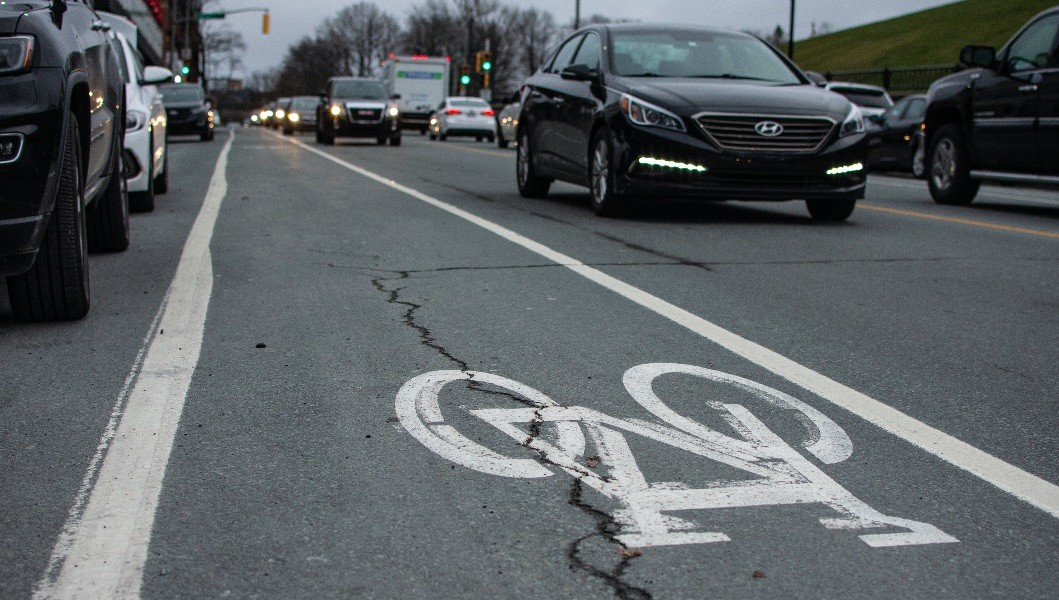 Despite the best-laid plans of , Halifax's ambitious hope for a bike network throughout the urban core won't be possible by 2020.

In fact, based on city hall's current budget it might not meet the original deadline of 2022 at all.

“Obviously, we won’t be able to build this out to 2022 with the draft numbers that have been tabled so far,” David MacIsaac, HRM’s active transportation supervisor, told council on Tuesday.

Plans for an “all ages and abilities” (AAA) bike network were approved last year as part of the Integrated Mobility Plan, amongst great excitement and enthusiasm from hall and the public.

Council was so over-the-moon about the whole idea that a motion was passed asking staff to bring the bike network together two years quicker—by 2020—to make up for Halifax’s typically glacial pace in establishing new cycling infrastructure.

So far, 20 of the bike network has been built and over half of its priority projects are in motion to be completed by 2022.

“From a planning and design perspective, for getting the work done to have a project shovel-ready, we’re reasonably confident,” said MacIsaac. “This is a reasonable picture of what we can implement by 2022.”

Reasonable only if a few million in extra funding can be conjured from city hall’s pockets.

The city’s proposed multi-year capital budget from CAO Jacques Dubé has a grand total of $11 million slotted over the next three years for all active transportation projects. The capital cost for the bike network alone is $25 million. So far, only $3 million of that money has been approved.

“Therefore, without having a clear understanding of Council’s direction regarding future capital and operating budgets, it is difficult to commit to a 2020 or 2022 implementation timeframe,” warn staff.

Shawn Cleary, who brought forward the bikeway network for discussion at Tuesday’s council meeting, believes money to keep the IMP rolling can be reallocated from other sources. If not, he hopes a tax increase for more complete streets will be easier to swallow than putting funds towards non-essential fantasy projects.

“It is the most efficient, most economical, most sound argument in terms of a sustainable way to create a system for the future and for now,” says Kelsey Lane, sustainable transportation coordinator for the Ecology Action Centre and former executive director of the Halifax Cycling Coalition. “We’re going to be paying for transportation either way, but if we can fix the system now we’re setting ourselves up and future generations for a system that works for them.”

Lane says she can live with an extra two years to get the bike network in place, provided city hall ensures its funding. Given what’s already been budgeted by the CAO, that initiative will clearly have to come from council.

“We need their leadership to make this a reality,” Lane says. “We can’t afford to wait.”

Cleary ended the discussion yesterday warning his fellow councillors that some tough choices will need to be made in the new year when the capital budget is up for debate.

“We’re not out of the woods,” he said. “If we’re committed to the Integrated Mobility Plan, we’ve got some discussions to make about how we’re going to do that.”