City council will vote on next steps for the community garden. 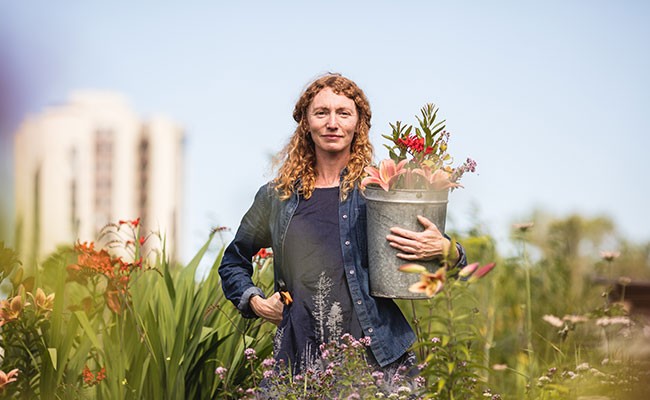 It's up to city council to decide on recommendations for Common Roots Urban Farm’s relocation plans passed by the community planning and economic development standing committee. If passed, the community garden, which has called the land outside the QEII Health Sciences Centre Emergency Department home since 2012 will be broken up, with 110 of the 200 plots moving to Bi-Hi Park between the exit ramp of the 102 and Bayers Road.

Business developer for Common Roots, Jayme Melrose says the location is ideal because it means the garden gets to stay on the peninsula while moving closer to a large portion of its users who are new Canadians living in Fairview area. The new location would also be adjacent to the ISANS community garden, and Common Roots’ new partner organization MetroWorks.

Halifax's community planning and economic development standing committee discussed the report on Thursday and passed the recommendations through to regional council. Councillor Lindell Smith says that for the committee to support Common Roots and “shows that we are willing to put our resources. I think shows that we do think about community development and engagement.”

Common Roots has also asked the city for help moving the remaining 90 plots that won’t fit at Bi-Hi Park. Angela Green, manager of recreational programming says the city is looking at integrating the plots with their 23 community gardens, nine of which are on the peninsula. It’s also recommended by the committee that council direct city staff help with the big move of the 90 plots to their future homes.

When it started in 2012 the original 42 plots were handed out on a first-come, first-serve basis, and in following years a waiting list was used to manage the plots. They were divided into community garden plots run by individuals, market garden plots which facilitated a cross-cultural learning centre and commons garden plots which were run by and for volunteers. Decisions haven’t been made yet on how the plots will be divided once the move happens but Melrose says they’ll be doing public consultations to help navigate the “complicated logistics” of this aspect of the move.

A crowd-funding campaign last fall successfully raised $10,000 which will go towards the estimated cost of $60,000. The standing committee report says that any costs related to helping move the plots would be absorbed within the existing operating budget for parks and recreation and transportation and public works.

At the standing committee meeting Tim Outhit raised some concerns for safety considering the park was right beside the exit to a 100-series highway, but staff say they look to use the Bayers Road side of the park for access.

The deadline for the move April, which Melrose says is “anxiety-inducing" but so far she’s been pleasantly surprised by the city’s support and is hopeful things move forward.


———
Editor's note: This story initially said the decision would be made at City Council on February 26, it will happen at a later date.