Students are happy but teachers and admin are still “so far apart.” 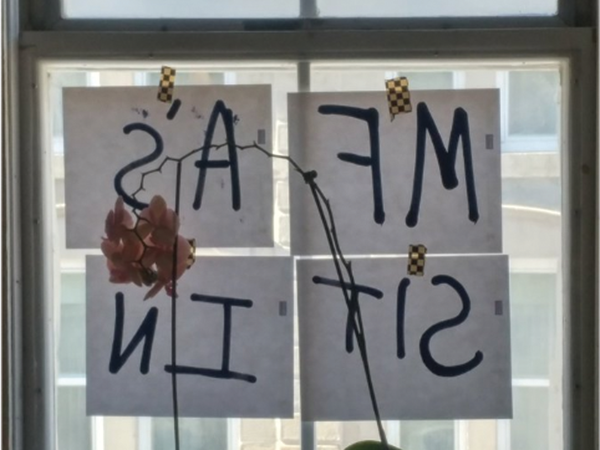 N SCAD's 95 faculty and librarians ended their strike on Tuesday after just over a week on the picket line. This came as a great relief of the university's MFA students who staged a sit-in demanding the administration agree to negotiating an to end the strike.

"It's just not acceptable that we spent two years working with faculty and for them to not be able to come to our show."

NSCAD students were supportive of the faculty's demands, even if the strike put them in a tight spot. Tesidder chose NSCAD because of its faculty, specifically FUNSCAD union president Mathew Reichertz and professor Alex Livingston. He says the administration speak about the four pillars of NSCAD—Nurture, curiosity, connect and steward—and don't mention the students and faculty at all, but "we are the university in reality," says Tesidder.

The striking faculty are demanding improved job security for part-time teachers, wage increases and changes in workload. After a series of 18 meetings and 5 days of sessions had led to a stall in negotiation for these demands, they walked out. Reichertz says when they met with administration on Sunday "it became apparent that we are still so far apart."

Because of this they opted for a mediated arbitration process led by Toronto arbitrator William Kaplan in order to get students back to class and have a chance at seeing their demands met.

The return to class means no more graduation shows will be missed by faculty, but the students whose work was on display during the strike packed up last Saturday—the strike ending three days too late to be seen by their instructors.

The NSCAD MFA students said in a press release that the effects on students of the March 1 strike start were "immediate and detrimental." The strike had already compromised "two years of intense study, hard work, and expensive tuition." a